Arsenal are reportedly closing in on signing Marcelo Brozovic from Inter Milan as the odds on him joining the club drop to odds-on.

The 24-year-old is under contract with Inter until 2021 so certainly won’t come cheap even though they only paid £4.25m for him last summer.

BetStars Director of Trading Ian Marmion said: “Arsenal have already bolstered their attacking options with the acquisition of Alexandre Lacazette.

“And the odds suggest they could soon be adding another midfielder during this window.

“The Gunners are now odds-on at 7/10 to complete the signing of Croatian midfielder Marcelo Brozovic from Inter Milan. 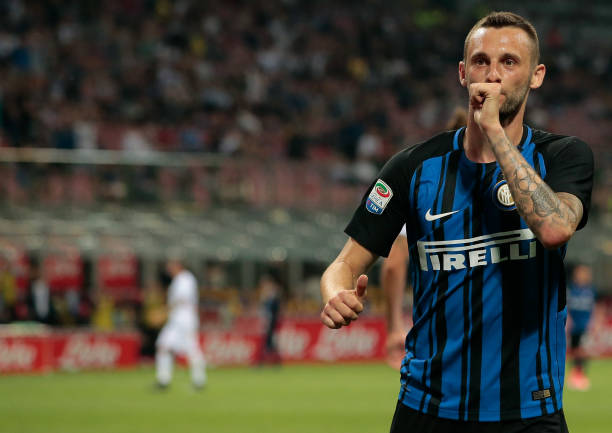 “As Alex Oxlade-Chamberlain looks to be heading for the exit door [he’s not] Brozovic could represent a great replacement, if not an upgrade, given his ability to play multiple midfield positions.

“We’re calling it, expect to see Brozovic in an Arsenal shirt sooner rather than later.”

Of course, if you know anything about betting you know that odds merely reflect how popular a market is. The more people who bet on a thing, the smaller the odds get. That being said, a drop like this to odds-on could indicate a lot of ITK people getting some money on while they can.

ESPN also claim that sources in Italy have told them that Arsenal are weighing up a move for the midfielder.

“Inter are open to offers for Brozovic, according to the sources, as they are looking to offload some players this summer in order to comply with Financial Fair Play regulations,” write Peter O’Rourke.