Alexis Sanchez has been included in Garth Crook’s BBC Team of the Week but there was no space for Granit Xhaka in the midfield.

Given an absurdly low rating of 5 by so-called Arsenal expert John Cross, Xhaka led the way against Bournemouth running more than anyone else in the Arsenal side. He was also the best passer, won more balls back and completed more tackles than anyone.

Instead of Xhaka, Crooks has opted for Swansea’s Sigurdsson and Manchester City’s Fernandinho. Clearly overheated from his fleece jacket.

The former had seven shots in their crazy 5-4 win over Crystal Palace (with two on target), two key passes, 82.6% pass accuracy, a goal and an assist. His overall rating was 8.42.

Fernandinho, meanwhile, played three key passes, had two shots, grabbed an assist and finished with a rating of 7.96.

Granit Xhaka’s overall rating was 7.87, with goals and assists being weighted more heavily than tackles, recoveries and running distance.

Sanchez was, however, included. 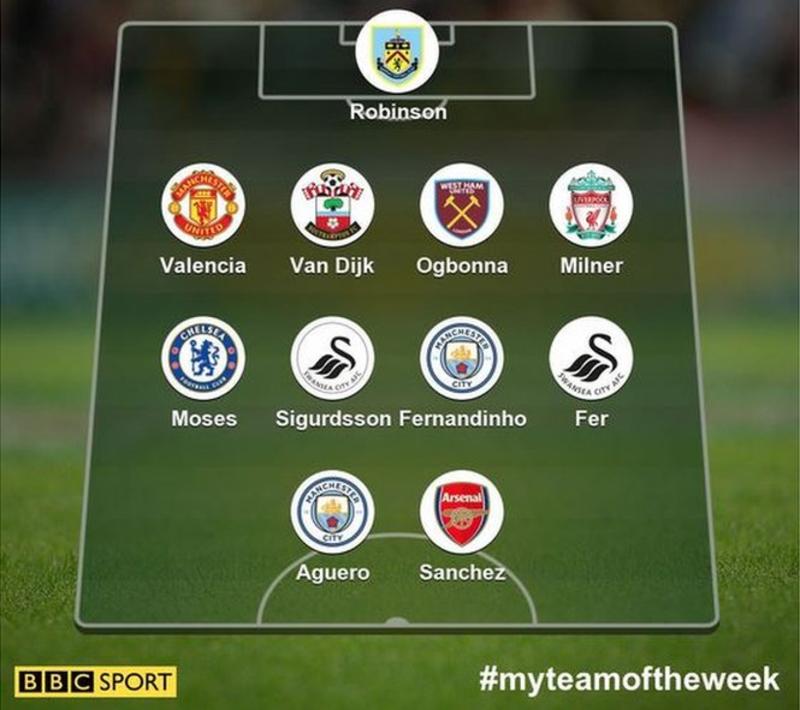 He grabbed two goals against Bournemouth on Sunday. His overall rating was an impressive 8.84.