The FA Cup returns this weekend with the third round, and Arsenal welcome Sunderland to the Emirates Stadium as they start another defence of the trophy.

Two years in a row the Gunners have won the FA Cup, and are now the most successful side in the history of the competition. It starts all over again at the weekend and, after Arsène Wenger released some team news on Thursday, we’re now having a stab at the XI he’ll select against Sam Allardyce’s side.

David Ospina is expected to take Petr Čech’s place in goal, though Wenger has said the match will be approached with seriousness. The Colombian hasn’t played since the embarrassment against Olympiacos, which saw him drop a corner across his own line.

In front of him there will be more rotation. Héctor Bellerín was given a break from training this week but reserve right-back Mathieu Debuchy is set to leave the club this month. That means Calum Chambers is likely to be selected in that position as a result, meaning one of Per Mertesacker or Laurent Koscielny will start with Gabriel. The back four should be completed by Kieran Gibbs, with Nacho Monreal rested ahead of Wednesday’s game at Anfield.

In midfield, captain Mikel Arteta could play for the first time since November alongside Mathieu Flamini. The Spaniard played 45 minutes for the u21 team in midweek and is available, according to Wenger, allowing the boss to rest Aaron Ramsey. Mohamed Elneny was expected to be available for his Arsenal debut, but a move from FC Basel still isn’t complete.

Scoring twice in that same u21 game, Jeff Reine-Adelaide played in the number 10 role and did everything possible to stake his claim for an Arsenal debut. Olivier Giroud could be given a break leading the line, so Theo Walcott with Reine-Adelaide in behind would be an exciting proposal.

Out wide, Joel Campbell and Alex Oxlade-Chamberlain could both play, though Alex Iwobi will also be hoping to make his first start at the Emirates Stadium. 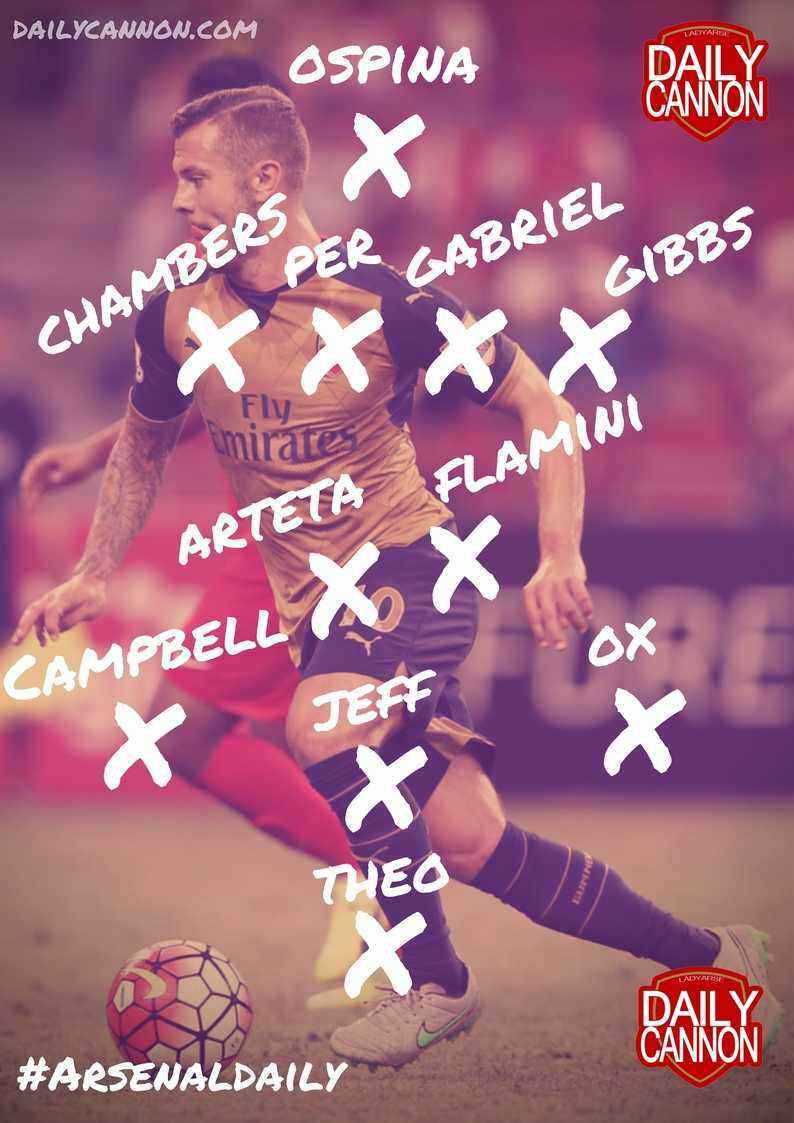