The art of signing players is one of the most important elements of being a successful football manager. After all, building the perfect lineup doesn’t translate to much if the players aren’t savvy in general and trained specifically for their role. Still, knowing which players to sign and which transfers to target comes down to skill, vision, opportunity, and a bit of luck.

Even legends like Arsène Wenger will sign a few duds during their tenure. Others, like the recently fired Thomas Tuchel, might lose their place due to forking out small fortunes for the wrong players. From a fan’s perspective, watching new players take the field can be one of the most exciting elements of the game.

Bettors also tend to watch new signings closely. Some might use offers like a PointsBet promo to back a team because of their big-name signings. Others might hang back and see how a player adjusts to their new side. After all, moves between teams and cities, sometimes countries, can be unsettling, and not all players can quickly adapt. Some never do.

Looking back, here are some of Arsenal’s biggest flops.

Back in 2001, one of Wenger’s tactics to build the team’s offensive power was to fight for Francis Jeffers’ transfer from Everton. The move was big for a few reasons. First, Jeffers was only twenty and at the start of an illustrious career. Second, he could generate plays in the box and around the wide areas.

In fact, Wenger was so confident, he dubbed Jeffers ‘the fox in the box’. But the £8 million transfer never panned out. From 2001 until he was traded in 2004, the fox only managed to net eight goals for Arsenal.

Back when Eden Hazard was helping push Lille to the top of Ligue Un, all eyes were on the French side’s strikers. Wenger opted to make a play for the team’s scorers… but passed up Hazard and Yohan Cabaye to sign Gervinho instead.

Gervinho was never able to live up to the hype. What began with a lack of goals, including an open-goal miss, slowly developed into a long and goalless stint with the Gunners. By the time he left, Gervinho had scored only eleven times in 69 appearances.

All eyes were on Oleg Luzhny after the right-back posted an amazing run with Dynamo Kyiv throughout the 1990s, grabbing the attention of Wenger in 1999. Still, Wenger’s decision to sign the player never quite panned out—even after the Luzhny had spent four years with the Gunners.

Luzhny was never able to wedge his way into the starting lineup and replace Lee Dixon, which was supposed to be the point of signing him. By the time he parted ways in 2004, Luzhny had managed to take home a Premier League and FA Cup… all the while underwhelming fans. 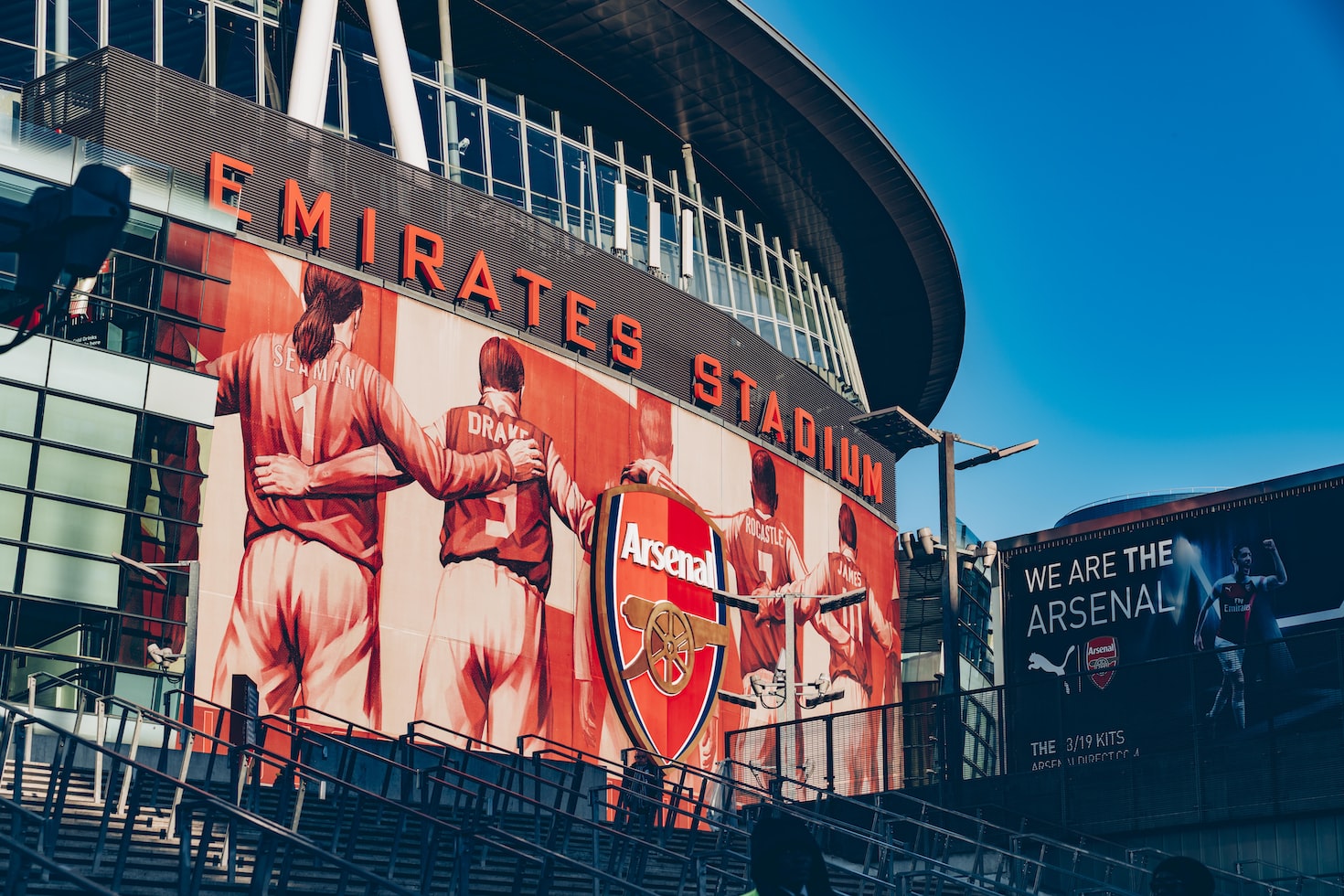 Possibly Arsenal’s costliest mistakes, with a transfer fee of £35 million, Shkodran Mustafi is also one of the most confusing flops in the club’s history. The player was at the height of his fame after a stellar stint with Valencia back in 2016.

Still, Mustafi’s decline became apparent after a quick series of defending blunders. One of the worst was attempting to mark the referee on a corner kick. Arsenal would spend the next years attempting to sell the defender, and had no luck doing so until 2021. Awkward.

How bad does a free transfer have to be to be dubbed a flop? In the case of Marouane Chamakh, not that bad—this is perhaps more a case of wrong place at the wrong time. Specifically, being in the starting lineup when Robin van Persie returns from injury.

Marouane was (understandably) demoted to the bench in lieu of van Persie. Still, he wasn’t a total flop, scoring 14 goals in 67 appearances. It’s just hard to top van Persie, and it’s hard to fault Wenger for keeping him on the pitch.

Keown names Arsenal youngster who reminds him of Gnabry