Liverpool’s assistant manager, Pep Lijnders, spoke to the media ahead of the second final of the Carabao Cup semi-final at the Emirates and he couldn’t have been full of more praise for Arsenal.

Arsenal’s task at Anfield seemed huge when the game started, but even more mammoth when Granit Xhaka Granit Xhakad.

With an exceptional display of discipline after his red card, Arsenal held on for a 0-0 draw, albeit with the help of Takumi Minamino and his last gasp miss, hilariously ballooned over. 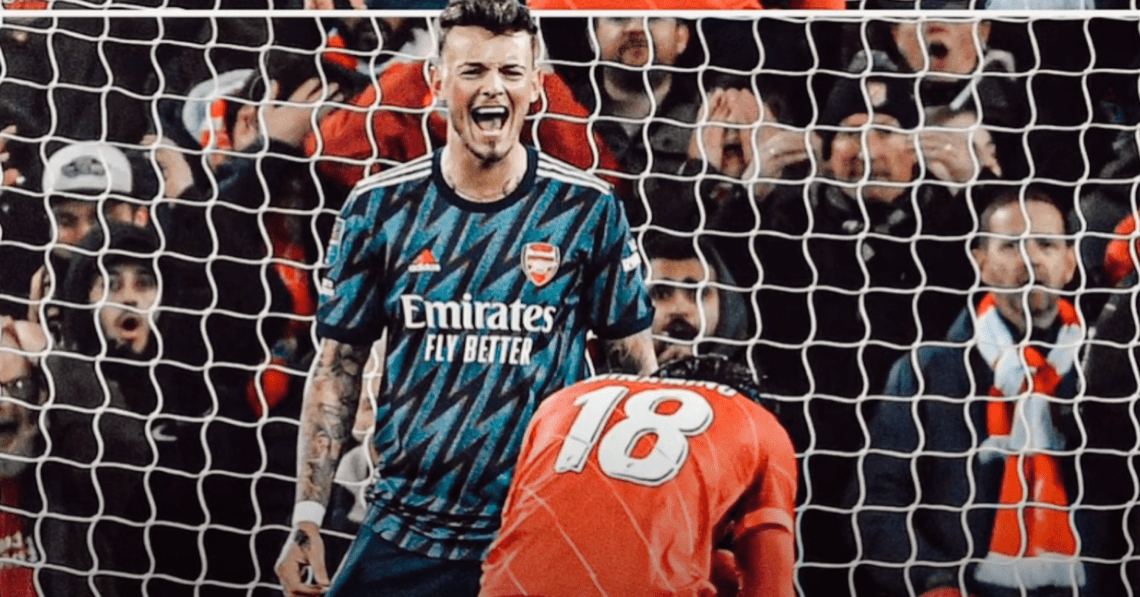 “First of all, Arsenal always had really good players but, for me, they have a really good team at this moment,” Lijnders said.

“I think credit to Mikel, they matured.

“You see many games where the team with 10 men plays better than the 11 – not play better but they give just this extra step, they give this extra [bit] more because they know they have one player less.

“What happens many times with the 11 players is that they do one thing less because they know they have one player more. That’s exactly what happened.

“Anyway, what I like about the Arsenal game is that we wanted to surprise them with our intensity and that’s what we did until Xhaka went off.

“I really think that in football the only advantage exists if you go to the last minute of the game, to be honest.

“Before that, it’s quite even. I think Mikel did an unbelievable job. The team is a proper team.

“They were struggling as well with injuries and, how you said, COVID cases and they had to change as well in the last minute, but if you can play with 10 men like that then you have a mature and good team.”

With the tie delicately poised, and a winner certain to emerge on the night, Lijnders was also asked if Liverpool had been practicing penalties.

“I said this before, finals – and tomorrow is a semi-final but this is a final to reach Wembley – you don’t prepare in the week coming up to the game or the five days coming up,” he replied.

“You prepare them from the first day of pre-season. Penalties is the same case.

“You’re not going to train penalties on the day before the game when we have these finals. We are prepared for all situations.

“We know how important these set-pieces are but during the whole game. We really look forward to this game.

“I really looked forward from when the final whistle went at Anfield because everybody was writing us off, everybody was speaking about us.

“We couldn’t wait to go there and, how I said before, hopefully to create a special game for us.”

In Liverpool team news, Alex Oxlade-Chamberlain has been ruled out with the ankle injury he picked up against Brentford.

“I spoke yesterday with him and he thinks it’s not that bad. We have to assess it day by day,” Lijnders said. I would not rule out the weekend but for sure not tomorrow.”

Liverpool have no new injury concerns ahead of the game.

“Yesterday training looked really good,” said the Dutchman. “We had our second-day recovery; the boys who played [against Brentford] looked fresh after a day off.

“They looked with loads of energy, they were shouting at each other. They have this quality of capacity to make even like a simple rondo, five against two, really competitive.

“We cannot look into their brain but physically they look good and the subs trained, to be honest, really well.”

In terms of who might start in goal for Liverpool, Lijnders said, “What’s good is that we have three really good goalkeepers.

“Adrian, every time he needed to come in, he saved us. Caoimhin, massive talent – you cannot call him a talent anymore. He has all the characteristics we want from a Liverpool Football Club goalkeeper.

“He’s calm, he can play, amazing shot-stopper, has the personality to not be involved for 60 minutes and then has to make a crucial save, he’s somebody who can play with a lot of space in front of him – what happens a lot with our last line and the way we want to apply pressure on the opposition.

“And then we have Ali, and nothing to say. He’s our Brazilian cat and he’s everything you want from a goalkeeper.

“For me, he’s the best goalkeeper in the world. We’re really happy with all three of them.

“Let’s see tomorrow who’s going to start but I’m sure all three would do well.”