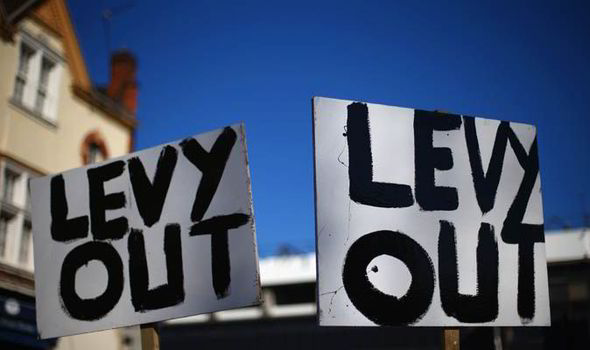 Tottenham fans may not be in the ground this weekend when Arsenal roll up to their £1bn toilet bowl, but they’re planning a ‘Levy out’ banner to fly over anyway because they think they were nearly as good as Liverpool.

Now, let’s get the facts out of the way first.

Yes, Spurs finished above Arsenal for a few seasons in a row.

Yes, that’s all they did.

As Liverpool ended their 30-year wait for a league title, Spurs head into their 60th.

Liverpool also won the Premier League while being Champions of Europe, after beating Spurs in the aforementioned Champions League final, while Spurs are some 43 points behind them as I write this.

So, the reason Spurs fans are flying a banner?

Probably best you hear it from their own mouths, lest you think I’m making it up. A spokesman for the group planning the banner said: “We believe it’s a necessity because, from being in a Champions League final, nearly on par with Liverpool, we are 10 steps back again.

“Being ahead of Arsenal, to being behind a club who have had three managers in one season, in possibly their worst season. Levy and Enic need to invest in the club and have us challenging for honours. Hopefully, this brings attention to the club and maybe makes them think. We will continue with further protests, banners and actions if the club do not respond in a positive manner.”

I love the fact that they throw in Freddie to make it look even worse for them.

But shouldn’t they be used to being behind Arsenal?

What they call ’10 steps back’ the rest of us should probably call ‘regression to the mean’.

The great North London power-shift, that never actually took place anywhere other than on the pages of newspapers, has turned into something of an embarrassment for Spurs who were supposed to be riding the crest of a wave to glory.

I mean….it'll be empty, looks like a toilet, cost twice what it was supposed to and finished a year late. pic.twitter.com/SWoRjh78vs

Of course, I should say, I know Arsenal were worse during this period, but no-one is comparing Arsenal to Liverpool, are they? Not even the most deluded Arsenal fan would come out with that, nor did they when protesting about their own club.

Let’s be clear, Spurs finished 26 points behind Liverpool last season and Arsenal were only one point behind Spurs. They lost 12 games more than the Scousers and three more than Arsenal.

They were not ‘nearly on par’ with Liverpool any more than they ‘put the pressure’ on Chelsea in 2016/17. 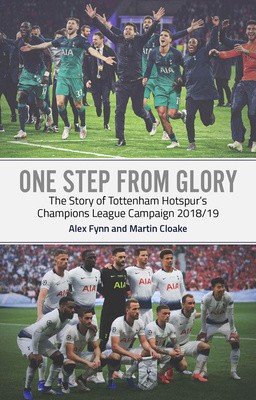 They also lucked their way to the Champions League final, which they then lost.

Just like they lost the League Cup final in 14/15.

Beyond that, they haven’t made it past the semi-final stage of any cup since 2008/09, the League Cup again.

When it comes to a trophy of note, their last was the FA Cup in 1991. That was also the last time they made the final of that competition.

Spurs were not, as I said, ‘nearly on par’ with Liverpool and never have been as 19 league titles v two will tell you. They’ve never even been ‘nearly on par’ with Arsenal, no matter how many times the redtops talked about ‘power shifts’. 13 v 2, and one of ours is gold.

Then again, the one things Spurs and their fans have actually been consistently good at over the years is maintaining their levels of delusion.