Unai Emery has heaped a huge dollop of responsibility for his sacking on top of Arsenal fans when the reality is we were the least of his problems given his own ineptitude.

Unai Emery’s appointment at Arsenal was a surprise. Coming out of nowhere with a vision that won over Arsenal fans, his arrival was greeted with both a raised eyebrow and a lot of butterflies as he spoke of playing beautiful football and restoring Arsenal to their glory days.

It was, of course, all just a sham.

It took me a long time to learn that it’s what people do and not what they say that matters. As Unai whispered his sexy football philosophy in our ears, on the pitch he served up a footballing fare that got worse the longer he was allowed to be in charge of it. It was clear he could not deliver what he had promised.

To hear him then blame Arsenal fans for getting him sacked shows the distinct lack of awareness that often accompanies people who believe themselves capable of something evidence shows they’re no good at.

“There were several problems: four captains; the [Mesut] Ozil – [Sead] Kolasinac case; [Nicolas] Pepe’s signing, which needs time to be that of France … We didn’t play well, that’s for sure,” Emery told Spanish daily newspaper Marca.

Let’s not mention it was Emery’s idea in the first place to have five captains, a decision no-one ever understood or one he explained adequately. Let’s also forget that most players who arrive from abroad for the first time need time to settle. Pepe’s arrival was nothing extraordinary, even if his price tag was for the club.

“That brought us bad results, there was no improvement, the fans focused on me and they threw me out,” he continued. “But I keep the positive things, there were many.”

Sure, we got to the Europa League final but then we bottled it and left Baku humiliated.

The club should have sacked him then given the way Arsenal collapsed in the league as they placed all their Champions League eggs in a flimsy Europa League basket.

Even at the start of the season fans were behind Emery, for the most part.

But as game after game dragged on, we could all see the players were clueless, the fight was gone from the side and the only direction the team was heading was down.

“I had the funeral and mourning,” Emery added. “After my cessation, I dreamed a month of things about Arsenal. It was a natural process. And I overcame that duel. 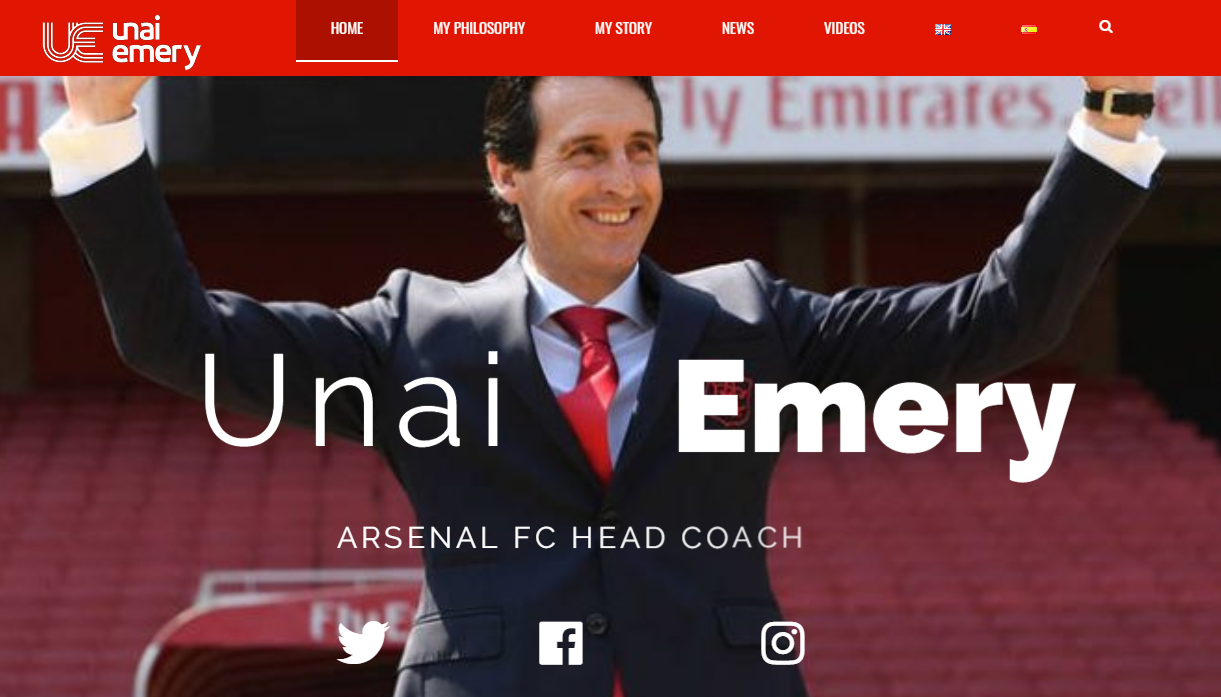 “When I no longer dreamed them, I already knew that I had overcome it. Now I am already feeding myself.

“Mikel has a lot of experience as a footballer and has worked alongside Pep [Guardiola], who is the best,” he said.

“He fits perfectly as an Arsenal manager. He is playing a 4-2-3-1, like ours. Ozil is still his No 10, and bit by bit he is finding his identity. But after my exit, the hostile atmosphere calmed down.

“The results have not been the best, but you have to allow time for that to happen.”

Under Arteta, Arsenal went through January unbeaten, playing six, winning three, drawing three and not losing any of their three away games.

They also ended the month with a goal difference of +4 from those six games.

Thanks to Emery, we still have a negative goal difference in the league.

Arsenal ready to recall loan winger unless something changes