It’s that slow, Arsenal players pulling pranks on each other is about all we have to talk about so as a video circulated of David Luiz annoying his sleeping teammates, Pablo Mari decided to seek revenge…

On a coach trip, David Luiz decided it would be funny to annoy a load of his sleeping teammates by squeezing their noses as they slept.

He was lucky only one player tried to slap him…

But we’ve all got to sleep sometime, so as Luiz dozed off himself, Pablo Mari seized his chance for revenge on behalf of his new teammates. 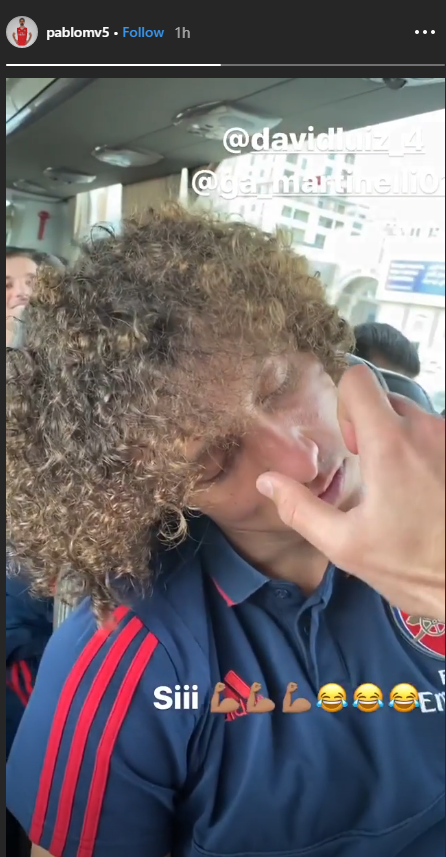