The race for top four in the Premier League is, to use a common expression, tighter than a duck’s arse, which is also said to be what is squeezing out Arsenal’s performances this season. 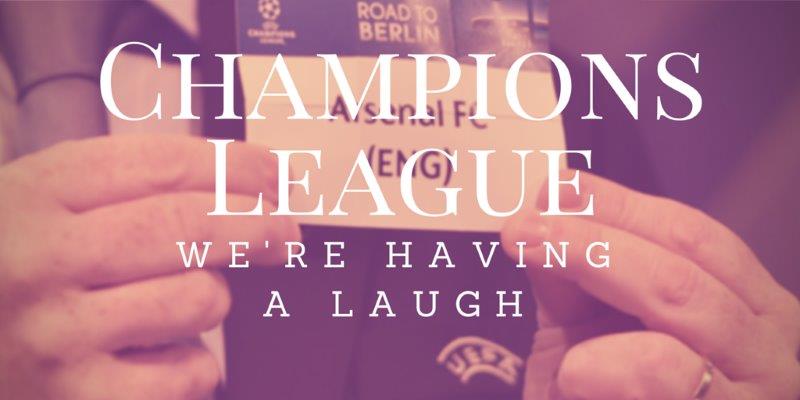 So, with that in mind, I thought it might be ‘fun’ to take a look at the race for the top four, otherwise known as the ‘Who’s less rubbish than the others-a-thon.’

LIVERPOOL, ENGLAND – OCTOBER 30: Matteo Guendouzi of Arsenal is challenged by Harvey Elliott of Liverpool during the Carabao Cup Round of 16 match between Liverpool and Arsenal at Anfield on October 30, 2019 in Liverpool, England. (Photo by Laurence Griffiths/Getty Images)

At the end of this season it will be 30 years since Liverpool last won the league in either of its guises. I started to make my peace with that on August 25th:

We’d just gone to Anfield and lost 3-1 the day before. We’d won our opening two games and I must have been feeling positive for a fleeting second. We were, I wrote of the game, developing something of a clue and things were on such a downward slide that losing 3-1 was, technically, an improvement on the 5-1 hammering the season before.

The nonsense we tell ourselves.

Anyway, it was clear at that point that Liverpool were going to win the league and it still seemed like an unbearable proposition. You can even see me crying in the tweet at the thought of it.

A few months on, however, and it seems somewhat less important.

Let them have their party and their gloating, they’re already an unbearable fanbase a lot of the time anyway. What’s one more thing to have to listen to?

I speak this way, of course, because of what is going on at Arsenal and how it somehow feels the total inverse of what the Scousers are experiencing. The red ones, anyway.

The decisions Arsenal make over the coming weeks and months could well shape this club for a decade or more. When this season ends it will be 16 years since we last saw an Arsenal captain lift aloft the Premier League title.

That seems a little more important than Liverpool fans being a little more dickish than normal. If I was them and Arsenal followed up a sixth European Cup/Champions League title with their first ever Premier League title, I’d probably be a bit of twat about it, too.

That’s part of the fun of football.

He’s the David Brent of football management yet somehow capable. That doesn’t seem like it should be possible but, well, Brendan offers proof that it is.

It was easy to dismiss him at Celtic. I mean, it’s Celtic, they win everything no matter who’s standing on the touchline and I openly mocked him being linked with Arsenal.

Mostly, that’s because he a knob. Even the Arsenal board thought so when they were deciding on Arsene Wenger’s successor and hadn’t yet been conned by Unai Emery.

But you can’t deny how he’s got Leicester going this season and they’re second on merit.

I also can’t shake the feeling we’ve been here before quite recently.

I remember everyone saying Leicester are bound to drop off while they just kept on truckin’. I also remember thinking at the time, ‘but what if they don’t?’.

They didn’t and there is no reason to assume they will again this season. Leicester winning the title is also more likely than Liverpool going unbeaten the whole season.

It can and does happen often, we just forget about the football that happened before the Premier League turned it into a monopoly.

Monopolies get broken up, regularly.

Teams winning the league unbeaten, however, happens about once every 100 years.

Pep Guardiola has never managed a club longer than four seasons and this is his fourth at City.

He won the league his first three seasons with Barcelona, then left when he failed in his fourth. He only stayed three at Bayern, winning the league in all of them.

So far with City, he’s only won two, after failing to win it his first year. It seems unlikely he will be able to win it this year but they are also unlikely to fall out of the top four.

I’m not quite sure what to make of this ‘amazing’ new Frank Lampard-inspired Chelsea team. On the one hand, he seems to have united a club that Jose Mourinho had worked his magic on.

On the other, they’ve conceded more goals than Arsenal, albeit from a game more. But they’re up there and even though they lost this weekend, it’s hard to see anything but improvement in their immediate future.

I mean, it seems hard to think that a traditional top four side could be doing worse than us, yet United were when I started this post a week ago and then got too depressed to finish it. Not any more.

Ole up the road serves as a warning to Arsenal to not get carried away in the unlikely event the team suddenly remembers how to win football matches under Freddie.

That being said, I’ve confidence in Freddie, although perhaps not as much as I did before he took charge of a game. I don’t know if he’s got what it takes to do better than Ole but he has the benefit of being around our players longer while the United manager was over in Norway.

Jose Mourinho has arrived and Spurs are winning games again. There is the very real possibility that he will win them a cup, but the damage he will inflict as he does so will most likely not be worth the price Spurs will have to pay.

So while it’s painful at the minute to watch them bounce straight back after sacking Mauricio Pochettino, keep in mind what’s coming for them, without a doubt.

I can’t imagine they will stay up here, but they’re doing as well as Arsenal and they’ve only just been promoted.

LONDON, ENGLAND – OCTOBER 27: Granit Xhaka of Arsenal leaves the pitch after being substituted off during the Premier League match between Arsenal FC and Crystal Palace at Emirates Stadium on October 27, 2019, in London, United Kingdom. (Photo by Alex Morton/Getty Images)

Yep, even they are above Arsenal.

NEWCASTLE UPON TYNE, ENGLAND – AUGUST 11: Pierre-Emerick Aubameyang of Arsenal (obscured) celebrates with teammates as Nacho Monreal jumps on top after scoring his team’s first goal during the Premier League match between Newcastle United and Arsenal FC at St. James Park on August 11, 2019 in Newcastle upon Tyne, United Kingdom. (Photo by Stu Forster/Getty Images)

Even one of the few teams we’ve managed to beat this season sit above us, albeit having played a game more.

Look at the state of this.

10 points from top four, 10 points from the bottom of the table and even, with a win on Monday night, we won’t climb higher than ninth unless we win with a six-goal margin.

Still, at least they club are trying to do something about it even if it’s only a temporary solution until they work out what to actually do about it.

But let’s face it, are you putting anything on value to say we’ll definitely make top four?

I make that eight teams in all, at the time of writing, with a shout for the final top four place.

It seems unlikely that Newcastle, Palace and Sheffield United will maintain their current pace and while Wolves finished seventh last season, the next step up is a big one and I’m not quite sure they’re there yet.

That leaves the usual suspects – Chelsea, Tottenham, Manchester United and, of course, Arsenal, who are at the bottom of this list, even before I rule out Palace and the like.

Given the state of Arsenal it seems only reasonable they are included with the sides that have no chance of making the top four.

While we can hope they will improve and others continue to stutter, too much damage has already been inflicted this season by waiting until the end of November to get rid of Unai Emery.

At this rate, there’s a very real possibility we won’t even qualify for Europe at all but that might not be such a bad thing. Liverpool dropping right out of Europe allowed them to focus on a smaller remit with more time to train and prepare domestically.

Used correctly, a break from Europe can be a positive that sets Arsenal up.

Then again, the stadium move was supposed to be something that set us up for generations.

The austerity years were supposed to set us up for decades.

And the foundations laid during the past quarter of a century under Arsene Wenger were supposed to be able to withstand more than just one awful Spaniard for 18 months.