Arsenal earned £142m from TV revenue last year, leaving them 6th in the table when the top five leagues were analysed.

Champions League winners Liverpool topped the table but they were only £1m better off than Premier League winners, Manchester City.

Despite getting to the final of the Champions League, Spurs only earned an extra £3m compared to Arsenal who were at the European Kiddies table once again.

The Premier League dominates the top six spots in the table with the first European side coming in 7th – Barcelona with £130m. TV money in the Premier League, who take up 18 of the 20 spots, is so bonkers that both Wolves and Everton received more than Real Madrid.

Hattip to @SwissRamble for the graphic: 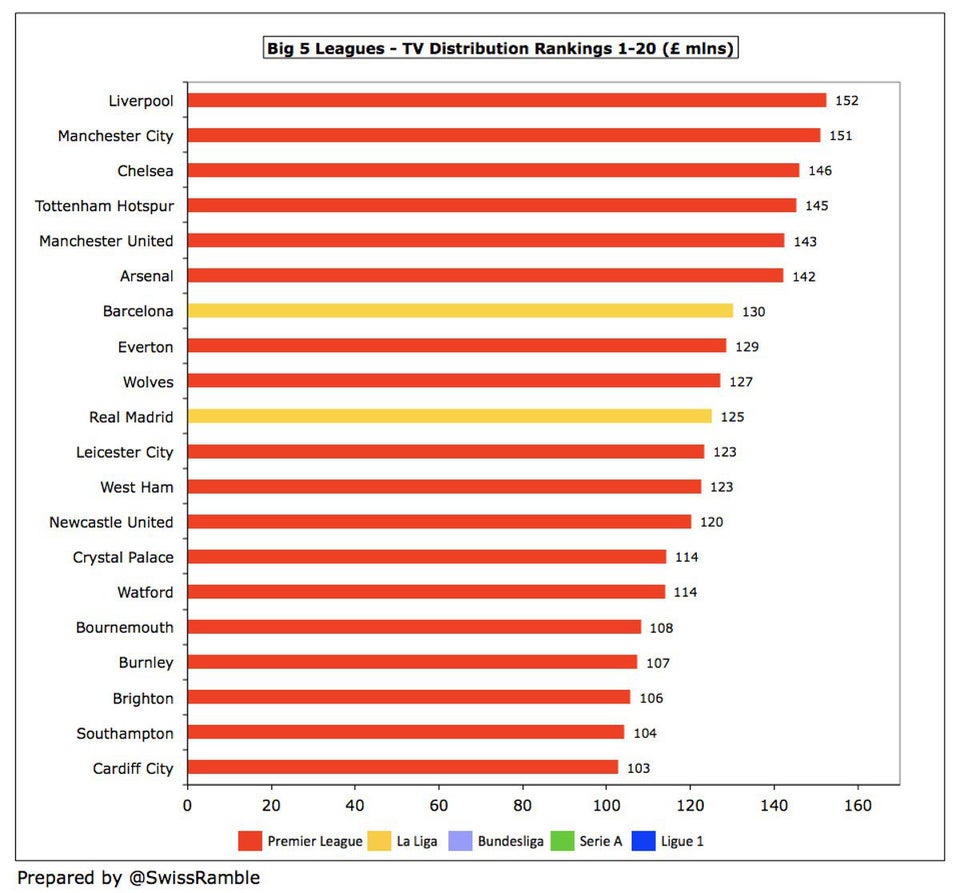