The number of hate crime incidents at football matches in England and Wales rose 47% last year with 79% of complaints race-related while the clubs whose fans get arrested the most have also been revealed.

The number of race-related hate crimes rose from 131 matches to 193 although arrests actually fell 10%, something the Football Supporters’ Federation is hailing as indicative of something positive, although I’m not sure what.

Although the increase in reports is likely down to people feeling more able to come forward, a drop in arrests is no reason to celebrate.

That points to the police doing less, not more as is required, and even they, along with Kick It Out – the anti-racism campaigners, expressed concern at the Home Office numbers. 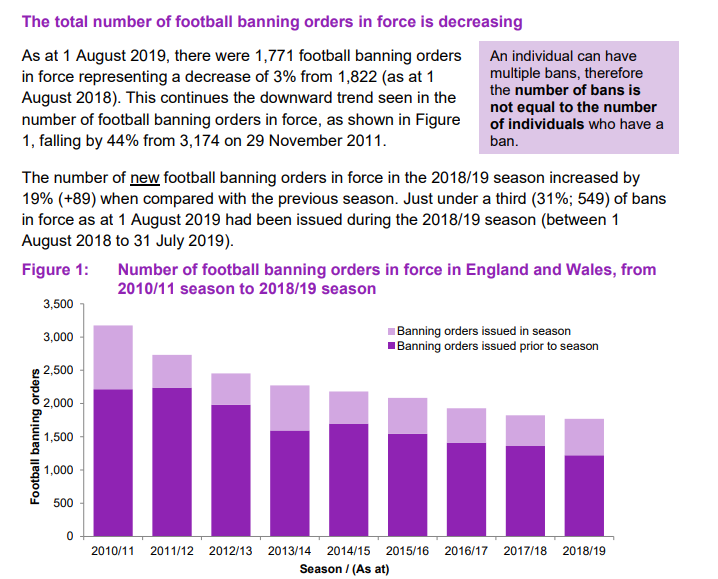 There were 1,381 football-related arrests under Schedule 1 of the Football Spectators Act 1989, that drop of 10% mentioned above. 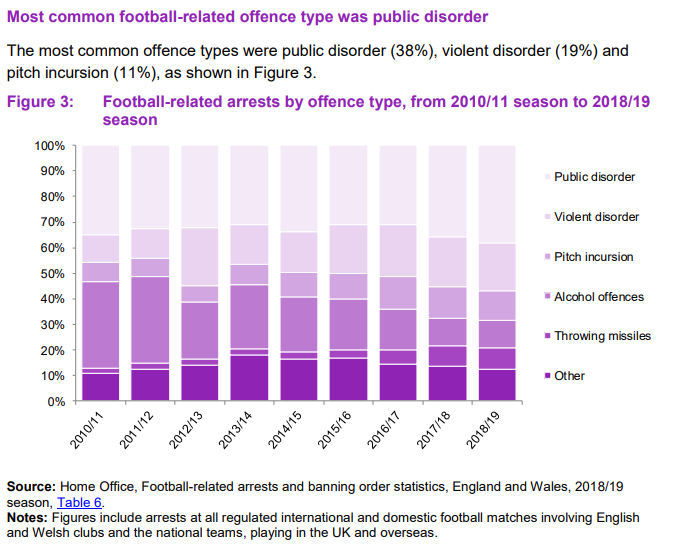 Clubs with highest number of arrests:

There were an additional 155 arrests (28% increase) made by the British Transport Police plus 347 non-Schedule 1 arrests. 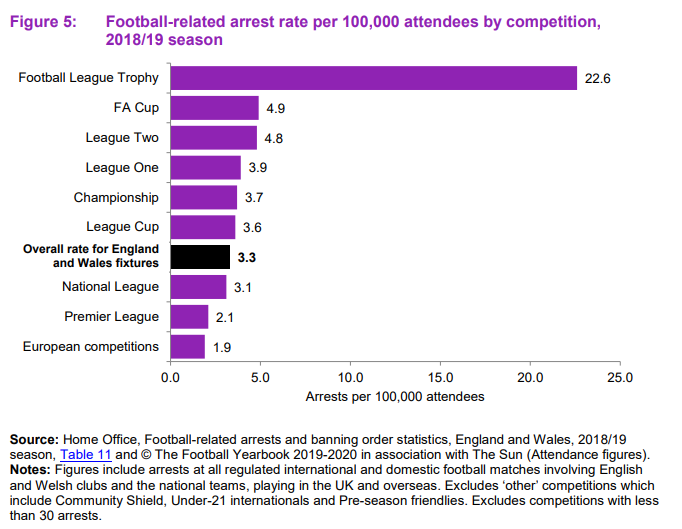 The 5 Arsenal youngsters on tour with the first-team