Neil Lennon has called on Celtic fans to leave Kieran Tierney alone after he made his move to Arsenal on deadline day.

Kieran Tierney finally joined Arsenal from his boyhood club on deadline day. The 22-year-old penned an emotional letter to Celtic fans that made Carl Jenkinson’s to Arsenal fans seem practically cold in comparison.

“This is coming from the bottom of my heart!,” Kierney wrote on Instagram. “I don’t know how to even begin to put the last 15 years of my life into words… what you as fans have given me and my family I cannot repay you in any way possible and for that I am sorry.

“From the age of 7 I was lucky enough to play for the club I love and will continue to love till the day I die no matter what happens. Every single second of my Celtic career was a dream and I gave my all every single time I stepped onto that pitch, it’s honestly the least I could do for everyone involved at the club.

“There is to many people to thank individually so I don’t even know where to begin. Every single coach and staff member who has helped me on my way to getting where I am today I am so grateful for all the hours help you put into me making me a better player and a better person. My team mates have been the best I could possibly have asked for what a bunch of legends man who I’ll be supporting until the end.

“Where can I start with the fans? I tried my best to represent you every time I went onto that pitch. The relationship we had together and the memories we created and history we made was incredible.. I will cherish every single second of it. I hope we can continue to have a relationship although I understand that will be never for some people which is heartbreaking for me but I understand the emotions surrounding this situation. It has been the hardest day or two of my life and I really appreciate every single message of support from you all. 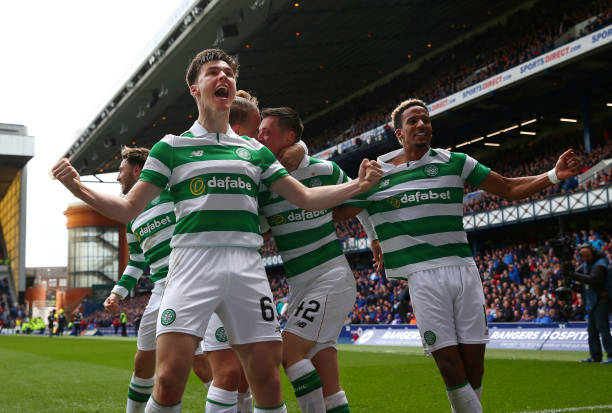 “This was not easy in any way shape or form. To end id like to mention the special relationship I had with the ultras who I have grown up with from BHOYS and Green Brigade.. the atmosphere yous create to help the team is massive and it helped me so much over the last few years.. I thank u so much for these times together what we have achieved as a club the last few years isn’t possible without you and all the fans. This is not nearly enough of what I am feeling but I literally cannot put into words with the emotion I’m feeling towards you all but I hope I showed you every game that I was lucky enough to play. God bless🙏🏻💚 @celticfc”

While I only noticed Celtic fans wishing Tierney all the best on his move (and some obviously expressing sadness that he had left), it seems others have been hurling abuse his way. Not a surprise, perhaps, given the age we live in and certainly not something unique to Celtic fans.

As such, Neil Lennon has called on them to lay off the youngster.

“We live in that world now but it’s something I don’t buy into and you’ve seen Kieran’s quotes,” the Celtic manager said.

“He loves the club and achieved everything he could in his short period of time. From a professional point of view, he sees this as a new challenge. I understand the disappointment and I share it myself, but there shouldn’t be any vitriol.

“I would imagine he’ll be remembered very fondly. He broke into the team at 17 and never looked back, a multiple winner of trophies who performed on the European stage and for his country.

“Even when he played right-back with Scotland the game looked easy for him. Kieran can go with his head held high and as a Celtic legend.

“He has gone for a record fee, just like others in the past like Kenny, Charlie and Virgil van Dijk. You have to put Kieran up there with them. We’re proud of the way we’ve developed him.”

Will Odegaard be available to face Manchester United?

Bukayo Saka now most expensive left midfielder in the world