The Premier League fixtures for the new season have been released and Arsenal face a number of tough periods. 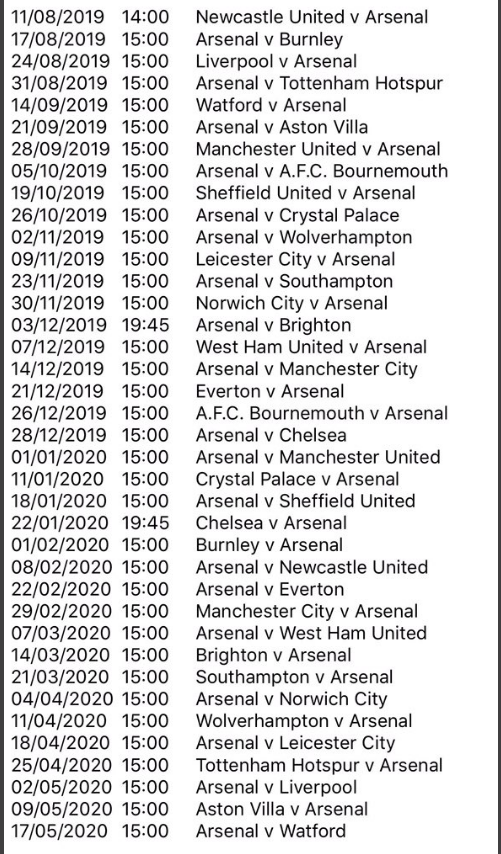 Liverpool followed by Spurs in August in games 3 and 4, Chelsea followed by Manchester United at New Year, Spurs followed by Liverpool at the end of April.

And that’s before you even factor in the Europa League.

Fixtures are, of course, subject to change for TV but the weekend’s first round of matches will play out like this, with Arsenal facing Newcastle on the Sunday as we settle in for another round of Sunday – Thursday – Sunday hilarity:

Also, Brighton (H) & Bournemouth (A) set to be the two #AFC fixtures broadcast on Amazon Prime this season.

3 back, 1 doubt, 2 out: Arsenal teams news vs Slavia Prague

No money: Arsenal will need to fund loan move for unhappy...