Arsenal welcomed back Xavier Amaechi on Tuesday night after three months on the sidelines with a foot problem.

While Amaechi can be happy to get back amongst things with his club, his return did not go according to plan with the Young Guns losing to Blackburn 4-0.

Amaechi’s return comes ahead of schedule after he confirmed he would be out of action until the new year when he picked up the injury in September. 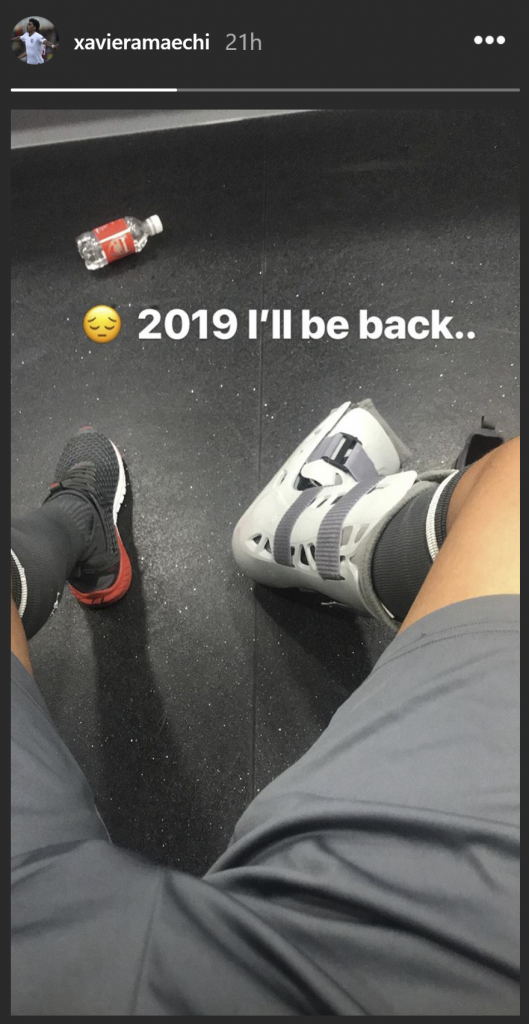 Amaechi was initially named on the bench against Blackburn but was introduced by Freddie Ljungberg after 64 minutes when he replaced Gedion Zelalem.

The 17-year-old made the step up from the u18s to the u23s earlier this year, after impressing in the FA Youth Cup. He took advantage of his first four starts of the current campaign with a goal and three assists.

The timing of his injury was terrible given Reiss Nelson’s loan departure to Hoffenheim. A gap had opened up in the team, and it could have been the young star’s chance to prove himself in the academy.

Amaechi joined Arsenal from Fulham when he was just 12-years-old and signed his first professional contract back in January when he turned 17.

Arsenal 19yo nominated for Player of the Month award