Lucas Torreira has said playing for ‘such an important team’ as Arsenal makes him feel ‘really proud’. 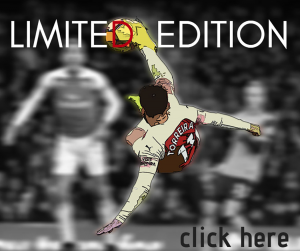 There is no denying that Lucas Torreira has been a smash hit at the Emirates since his summer arrival for £27m from Sampdoria.

Not only has he won over the entire Arsenal fanbase with his ability and application, but he’s had the UK press bigging him up, no doubt so they can tear him down the first chance the get.

In a recent interview with Arsenal media, the tiny midfielder who has filled the Santi-sized hole in all of us explained how his move to Arsenal came about and how it made him feel.

“At the end of my last season at Sampdoria there were a lot of teams that we were talking about,” Torreira said. “I never imagined coming here to England, because it was mainly about Italian clubs.

“Before leaving for the World Cup, I received a call from Emery, which was a big surprise for me. I knew I had gained recognition for all my hard work and what I had done at Samp.

“That phone call made me a happy man.

“I’m really proud to be part of such an important team.”

I’m not sure you could locate an Arsenal fan anywhere on the planet who is not also proud to have him as part of it.