Manchester United will move for Aaron Ramsey in the summer according to a Star on Sunday EXCLUSIVE that tells us little we didn’t already know.

Ramsey has long been linked with a move to United and their interest in him as a free agent is not in the least bit surprising.

The report also claims United could exploit their connections with Wales manager, Ryan Giggs, to help seal the move although you’d think they would be wary of buying another contract rebel from Arsenal after what happened with Alexis Sanchez.

Liverpool, Juventus and AC Milan are already said to be in the queue for him. while the most hilarious link was with Tottenham who want ‘revenge’ for Sol Campbell’s transfer nearly two decades ago. 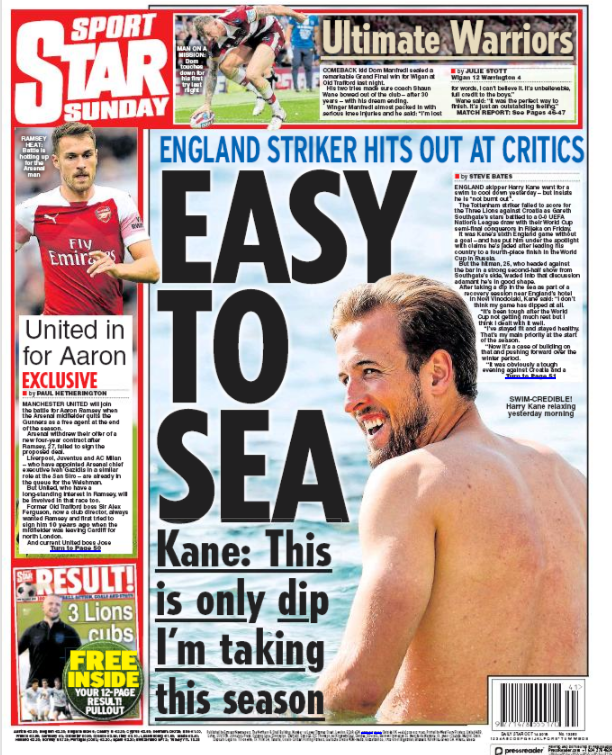 Aaron Ramsey’s agency put themselves at the centre of the story again, this time ‘liking’ an anti-Unai Emery social media post.

Avid Sports & Entertainment Group have had a hard time staying out of the limelight in recent months. Whilst Ramsey’s contract negotiations were still going on, the agency kept teasing Arsenal fans with hints at updates, before instead announcing contract extensions for Dundee FC’s Kenny Miller, or similar.

Then, when talks broke down, Avid were quick to highlight on Twitter that it was all Arsenal’s decision, Ramsey wanted to stay, and so on. Of course, they failed to explain why the midfielder delayed signing a contract for such a long time in the first place.

Sad to see that a player are great as Aaron Ramsey is represented by a bunch of kids with internet access. Fix up @avid_se. pic.twitter.com/lC86xDNBNy

On the one hand, this is clearly a joke post. If Ramsey fanboys on Twitter want to retweet and like it as a bit of banter, there’s no real harm done. However, Avid are supposed to represent the player himself.

It clearly wouldn’t be acceptable for Ramsey to like posts about how his manager has greasy hair and got cyberbullied by Ben Arfa, so it’s bizarre that the agency representing him doesn’t see a problem with doing so.

If I were Ramsey, I’d be seriously considering my representation after all this. From their contract stand-off backfiring, to the public Twitter posts giving away details of how negotiations are going, to childishly getting involved in the above nonsense, it’s all a bit of a mess.