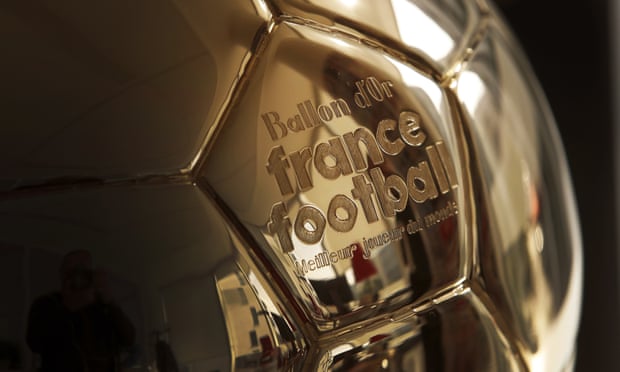 France football have created the Women’s Ballon d’Or and, for the first Edition, there are 15 nominees.

The nominees are mainly players who play either in the NWSL or the Champions League as they are the biggest club competitions:

If we look at the voting criteria, logic dictates that a Lyon player should be crowned, but there are so many, the votes will be split between them all.

There are a good number of players who have little chance of winning if the voting protocol is followed.

Marta has won the Copa America but has probably not done enough with Orlando pride to be at the top of the vote.

Lieke Martens has a Champions League quarter-final and not much else to show. The Netherlands have also performed poorly as they did not manage to qualify directly for the World Cup and are involved in the UEFA play-offs.

Christine Sinclair has won no trophies with her club, Portland Thorns, but performed very well. On the international side, Canada did little to help her make it to the top of the vote.

That leaves us with twelve strong contenders with a chance. There are four players with very strong individual performances throughout the season who have a top three chance with one of them having a shot at the title.

Megan Rapinoe led the Seattle Reign to the NWSL semi-finals and also performed very well with the USWNT. The same can be said of Lindsey Horan who led the Portland Thorns to the NWSL final, won the NWSL MVP trophy and also played for the USWNT in her playmaking role. Two strong candidates from the USA.

Fran Kirby won the FA WSL and reached the Champions League semi-final with Chelsea, she performed really well in those competitions, but her England form was not as strong as her club form.

Sam Kerr has a real shot at winning the trophy as she has been consistently performing for club and country.  She has won the NWSL golden boot two seasons in a row and has been crucial in the Matildas’ international success. Her scoring rate in 2018 at international level was 0.63, which is excellent.

Pernille Harder is another very strong candidate who should definitely be in the top three. She has won the Frauen Bundesliga, the DFB Pokal and reached the Champions League final. The only players ahead of her in term of honours are the Lyon players. She performed consistently throughout the season. On the international side, Denmark did not do as well as they should have as they did not manage to qualify directly for the World Cup and are involved in the UEFA play-offs. Her stellar performances won her the UEFA player of the year award.

Then you have the seven Lyon players.

As I previously mentioned, the fact that there are so many of them means the votes for those players will be diluted and they will take points out of each other.

In term of club honours, it is all even with the Division 1 feminine and Champions League double to add to a French Cup runners-up place. It is not that easy to rank them, but individual performances should make the difference with international form also helping to separate them.

Saki Kumagai won the Asian Cup as well as all her club trophies. She is an essential cog in the OL machine, balancing the team between attack and defence.

Ada Hegerberg beat the goalscoring record in the Champions League and also won the golden boot race in Division 1 feminine. As she is not involved at international level due to a self-imposed hiatus with Norway, this might hinder her ability to get votes.

Wendie Renard has been ever present in all OL trophy-winning seasons. On the international side, she lost the captaincy at the beginning of the new coach’s tenure due to a lack of performances and other problems that happened at the Euros 2016.

Dzsenifer Maroszan the gifted German playmaker is a classy player that influence the game, another very important player. Germany did disappoint on the international scene last year and it led to the dismissal of their coach, so another player who did not do as much at international than at club level.

Amel Majri the winger/left-back has started the current season very well and has been an important attacking and creative player on her wing with club and country. Clearly, one of the best performing players last season and she could be in with a shot of a top-three finish had Lyon fewer players nominated for the award.

Lucy Bronze a player with exceptional speed, stamina, and power. There is not much doubt that she is the best right-back in the world and the most complete player around. Consistent throughout the season for club and country, the only question mark about her is if the voters will vote for a defender as, traditionally, attackers get more individual trophies. She certainly deserves to be in the top three.

Amandine Henry The France captain is a box-to-box player with stamina, technique leadership who can also score goals from time to time. A former France youth coach I spoke to said to me once about Henry “She can play in any position on the pitch because she is so good and intelligent“. A special player who deserves to be recognised, but, again with so many Lyon players up for the award, the vote will be spread thin and there is little chance she will win the Ballon d’Or.

So, in terms of the top three, I can certainly see Pernille Harder and Sam Kerr fighting for the title alongside one Lyon player from Henry/Bronze/Maroszan/Hegerberg.

On the voting process, each jury member votes for five players, giving from five points to one, so we might see a very tight vote overall.