Arsenal apparently inserted a ‘mandatory purchase’ clause in Kelechi Nwakali’s loan deal with Porto in what seems a surprising bit of news coming out of Portugal.

Nwakali is very highly rated and was expected to be moving closer to time playing within Arsenal’s setup, but a report from Portugal claims that Porto will be required to buy him for €4m should he make more than 10 appearances for their first team.

So far, the Nigerian midfielder has made four appearances for their B team.

Speaking after he left the club on loan again in July, Nwakali was very clear that he saw his future with Arsenal, so this would seem to be a surprising clause if it exists.

”If Porto thought I had nothing to add, they wouldn’t have brought me to come to Portugal. So, I hope to get the chance and I believe I can do it; all I need is the chance,” Nwakali told aoifootball.com.

”Coach Amuneke once taught me that every chance you get, you should learn. So, that is it for me here at FC Porto. I came here to add to my knowledge.

”It is a good move for me. It’s the kind of improvement for me to keep developing and that will be until I get my work permit and have a chance to play in England.

”I’m a young footballer still growing and I hope to learn from players at the club.”

Speaking again just after his move to Porto was confirmed, Nwakali, whose brother Chidiebere plays for Manchester City’s youngsters, also said he hoped this move would help him ‘evolve’ as a player. 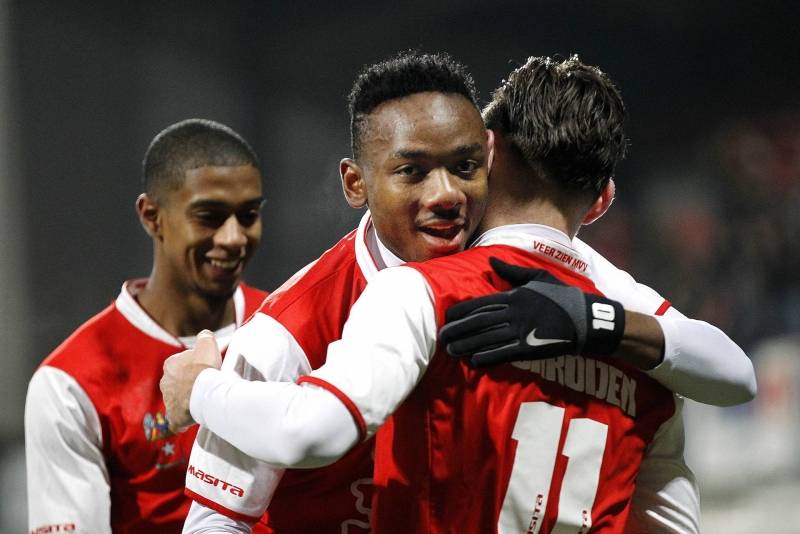 Nwakali already made an impression at Dutch second division side MVV Maastricht, although his loan with VVV Venlo didn’t go quite so well. He returned to Arsenal and then headed back to MVV Maastricht to get regular game time.

He impressed fans with his quick feet and tight close control that allowed him to glide through midfield. On top of that, he showed an eye for a pass, an ability to switch play as well as thread passes through defences.

He scored seven goals and created five in 52 appearances for MVV Maastricht and it is really hard to believe that this ‘mandatory purchase’ clause exists.