Arsenal face Manchester City in their first game of the new Premier League season on Sunday, and Unai Emery’s first match in charge at the Emirates Stadium.

Arsenal couldn’t have been given a tougher test for the opening game of the Unai Emery era.

Not only are Manchester City the dominant Premier League champions from 2017/18, but they’ve also just easily brushed aside Chelsea in the Community Shield last weekend. Any hopes City might be a bit lethargic after a summer holiday of celebrations and the World Cup are already gone.

Which players will Arsenal’s head coach pick to take on Pep Guardiola’s side? Let’s take a look at each position to try and figure it out.

The rumours are that Petr Cech will start in goal. That’s not particularly surprising, given how well he played against Chelsea in Arsenal’s penultimate pre-season friendly, a match where Emery seemed to select more of his starters.

However, Bernd Leno showed off his impressive distribution and shot stopping against Lazio, so he’s also in with a shout. Emery has a tough decision to make, but you’d expect him to go with the goalkeeper with a bit more Premier League experience for such a tough first game.

Sead Kolasinac is out with injury, and Nacho Monreal has only just returned to full training, so Ainsley Maitland-Niles will have to fill in at left-back. Meanwhile, with Laurent Koscielny out and Calum Chambers leaving on loan, Sokratis Papastathopoulos and Shkodran Mustafi seem certain to start in central defence.

Meanwhile, Hector Bellerin has completed a full pre-season, unlike Stephan Lichtsteiner who only join for the last game, so the Spaniard should be on the right.

Aaron Ramsey has returned from his pre-Chelsea knock in time to make the starting line-up, and you’d expect him to be joined in the middle by Lucas Torreira and Granit Xhaka for most of this season.

On this occasion though, it’s possible Xhaka’s late return combined with Matteo Guendouzi’s impressive pre-season might see the 19-year-old given a chance. Torreira also returned late, but reports suggest he came back closer to full match fitness, so it’s less of a risk to play him.

I’d still back Xhaka to start, since he at least has one match alongside Torreira under his belt.

In the forward three, Pierre-Emerick Aubameyang, Alexandre Lacazette and Mesut Özil seem like the obvious choices.

Henrikh Mkhitaryan could come in for Lacazette, allowing Aubameyang to play down the middle, but Arsenal generally looked better with Lacazette on the pitch in pre-season. See his goals against PSG, his late equaliser against Chelsea, or his assist for Aubameyang against Lazio.

Some fans might not like Aubameyang being moved to the left, but it’s more important that Arsenal share the goals, rather than Aubameyang making a run for the Golden Boot alongside players who don’t score themselves.

Reiss Nelson should also be in the squad, based on Unai Emery’s press conference, but he’s unlikely to start. 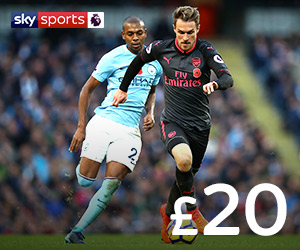