Manchester United have made the away dressing room at Old Trafford smaller after changing the layout to try and avoid future tunnel bust-ups.

Both the home and away dressing rooms have been refurbished with the away changing room getting a new entrance, allowing the opposition to enter from the main tunnel. Before this move, both teams entered a small corridor, the same corridor across which Cesc Fabregas once hurled a slice of pizza.

The #MUFC dressing room is looking 👌

Ready and waiting to welcome the Reds later… pic.twitter.com/m7Utmnh8Hl

Spurs players were said to be ‘surprised’ at the size of the away dressing room when they turned up on Monday although as we saw from the result, it did not cause the visitors any problems.

The changing room was made smaller in order to install the new entrance and Jamie Carragher, speaking before United’s first home game of the season said it was around ‘half’ its previous size.

All changing rooms in the Premier League are required to meet minimum size standards with Crystal Palace’s away changing room said to be the smallest in the division.

Arsenal face Manchester United at Old Trafford in December with the game initially scheduled for 2 December. This will move, however, due to Arsenal’s Europa League participation moving their game against Spurs which is set to be played the same day. 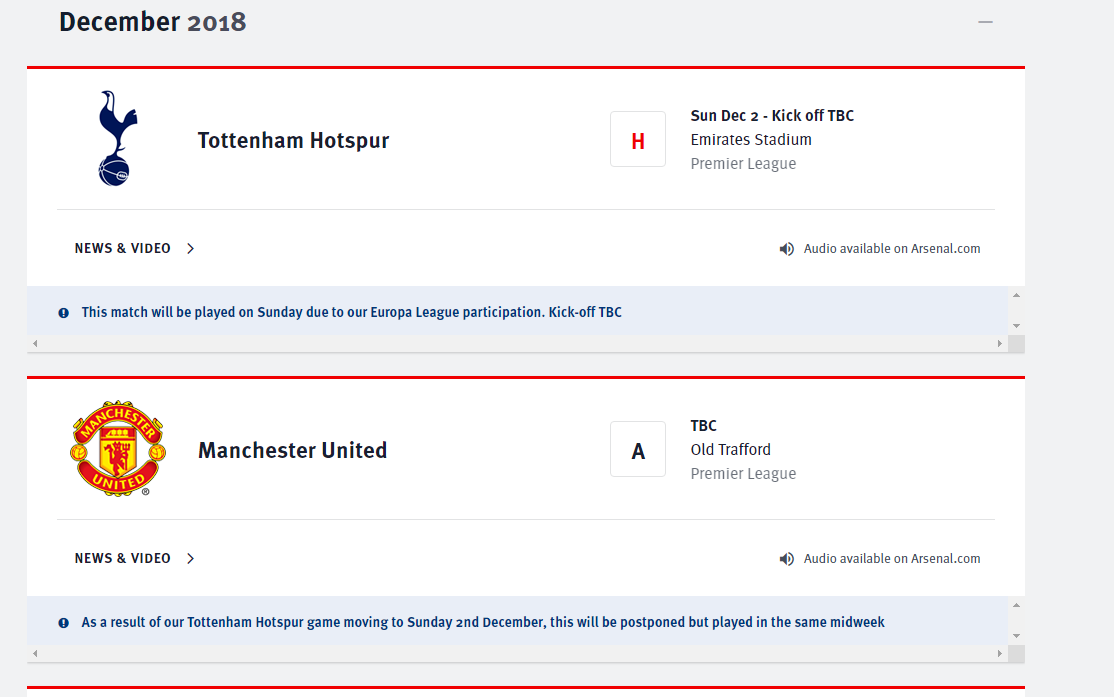 Manchester United man ruled out of Arsenal clash with injury

Beyond what people can imagine: Pep Guardiola backs Mikel Arteta to turn things around

2 in, 1 out: Thomas Tuchel confirms team news for Arsenal clash