A group of Arsenal fans including Tony Adams have paid tribute to the late Paa Kwesi Bekoe Amissah-Arthur, the former Vice President of Ghana who died suddenly on 29 June during a routine workout session at the gym.

Tony Adams, along with a few others, presented a framed Arsenal shirt in his honour. 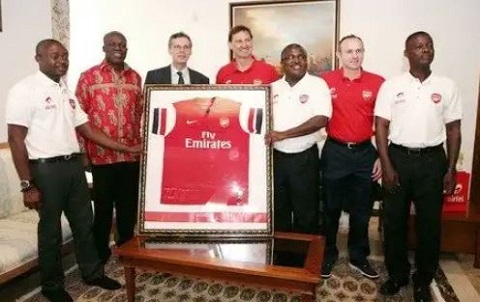 Amissah-Arthur, the country’s fifth vice president, took up the role in 2012 after previously working at the Govenor of the Bank of Ghana.

He was buried on Friday at the new Military Cemetery at Burma Camp.