Arsenal have made an offer to Barcelona midfielder Rafinha to join this summer, with his ideal transfer to Inter Milan seemingly falling apart. 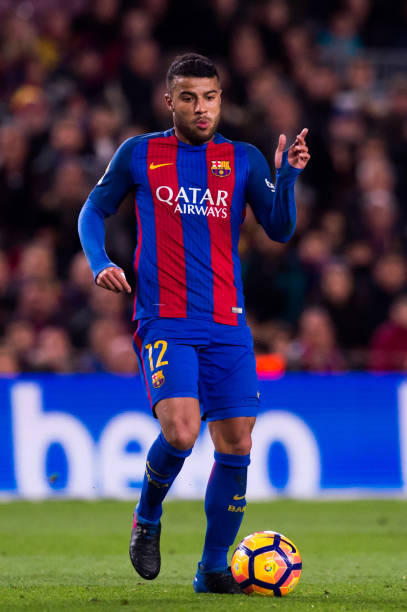 Rafinha currently has a contract with Barcelona, lasting until 2020, but he spent the last year on loan with Inter Milan. The Italian side had a €35m (£30.9m) option-to-buy in his contract, and reports suggest he wants to stay with the club. However, at this point they can’t afford the fee.

Nonetheless, it looks like he’ll leave Barcelona this summer anyway, with Sport reporting he could even be sold ‘this week’. They wrote earlier in the physical edition of the Spanish paper that Arsenal had ‘put an offer forward’ for the player (via SportWitness). West Ham are also interested, as are Tottenham.

You could understand if there’s more substantial interest in the 25-year-old now than there was in January, when Inter took him on loan. At that point, Rafinha had only played 15 minutes of football all season. His last start was almost 10 months earlier, in April 2017.

Since then, he’s made 17 appearances in a few months in Italy. He has a couple of goals and three assists, and looks ready to put his injury problems behind him. Arsenal are in need of a midfielder or two, so we’ll see if their offer progresses into anything more in the coming weeks.