If you run an Arsenal site and were critical of Jack Wilshere for his role in Mohamed Elneny’s red card at the weekend then did you know you are in the employ of Arsenal, helping to create a narrative for the club?

But that’s what some Arsenal fans on Twitter believe; that the change of opinion regarding Jack by some bloggers can only mean one thing – Arsenal are briefing us to justify their insulting contract offer.

I am mystified by this change of thought on Jack Wilshere off the back of a couple of bad games. Are Arsenal briefing certain accounts to justify offering him an insult of a contract?

Of course, Arsenal’s offer to Jack is anything but insulting.

This is a player who has spent the majority of his professional career sidelined with injury and a £90kpw offer is hardly the stuff of slave wages.

Arsenal aren’t even limiting his contract to that amount either. They have loaded it with incentives that means if Jack stays fit and performs, he can increase his wages significantly

I’m not entirely sure what’s so insulting about that.

Or, perhaps, it could be that we all have eyes and aren’t blinded by loyalty so much that we can see when a player is under-performing and not justifying his demands.

Wilshere, a creator by trade, is just about outperforming Mohamed Elneny, a midfielder who pops into nobody’s mind when they consider players who create chances.

In the Premier League this season, despite playing 386 minutes more, Jack’s stats aren’t that much better.

When you add Granit Xhaka into the mix, he gets absolutely smashed, although the Swiss midfielder has played significantly more minutes and is also not someone you would say is a creative genius: 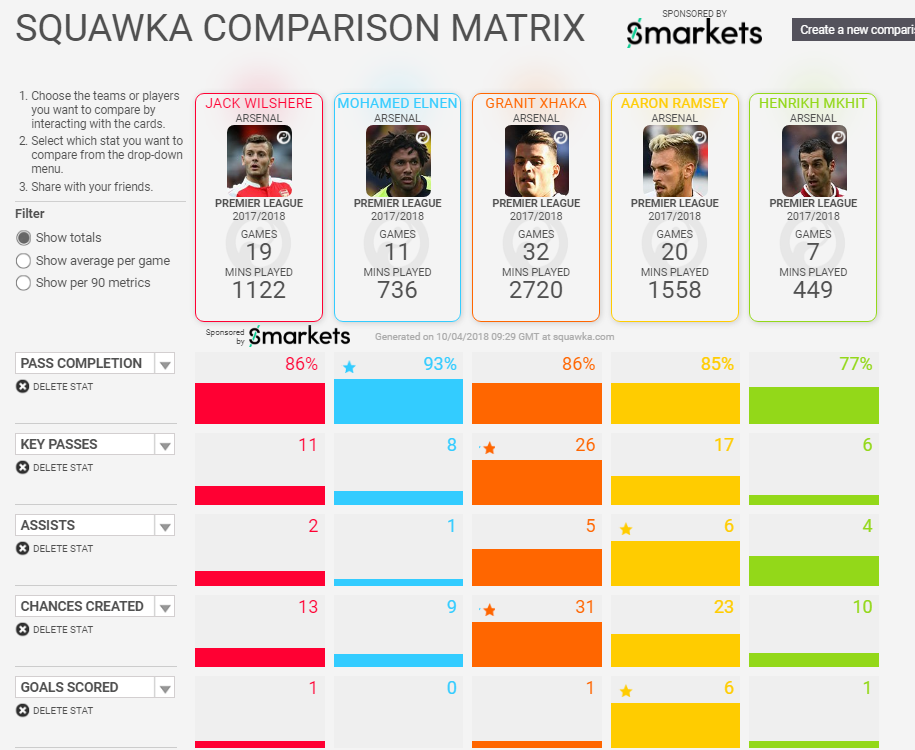 Granit Xhaka currently earns £90,000-per-week – exactly what Wilshere has been offered but with fewer bonuses linked in.

Is it time for Emi Martinez to shut up about Arsenal?