El Chadaille made headlines in January for his impressive stature. The defender is 1.9m tall – 6ft. 2in. – and he’s just 12 years old. To put that into perspective, 31-year-old Olivier Giroud is only 2cm taller than the PSG starlet.

According to French outlet Le Parisien, Arsenal, as well as Barcelona and Manchester City, are keeping an eye on the big defender from Villeneuve-Saint-Georges.

“I do not know what my son will do next season,” says Willy Bitshiabu, his dad. “We’re proud to see him evolve at PSG. And our priority is school and training. Money, we’ll see later. I want to see him continue his progression.”

PSG are keen to keep El Chadaille. He joined the Ligue 1 club from Saint-Denis Union Sport in April. The youngster then signed an agreement with them last summer but his contract runs out at the end of the season. 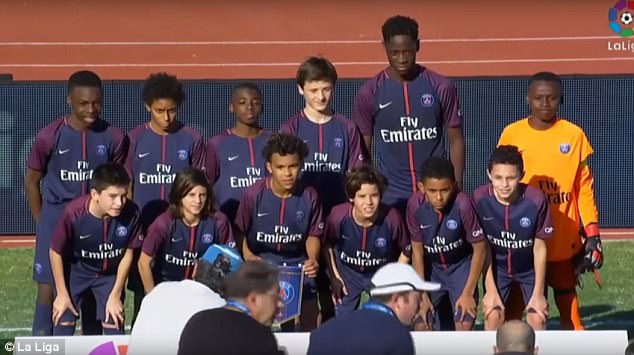 The 12-year-old is currently playing with PSG’s u15s and, as you would imagine, is apparently strong in the air and ‘comfortable technically’ with the ball. Although, Serge Gnahoré, former coach at PSG, claims he needs to work on his coordination.

“He has to work the coordination of his feet, between the top and the bottom of his body and the technical sequences,” he says. 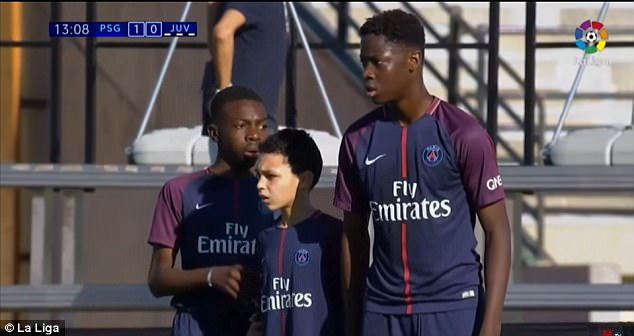 To be fair, he’s a 12-year-old that’s over 6ft – I’m not surprised he needs help with his coordination… I’m only 5ft. 3in. and 28 years old but still need help with mine!

El Chadaille is highly regarded in France. Although, given his age, it’s hard to tell a) how much taller he will grow and b) whether this will positively or negatively affect his abilities on the pitch.