Amaechi came through Arsenal’s Hale End academy and has impressed enough in the u18s to sign on professional terms, according to Arsenal Youth who broke the news before Arsenal.com.

The winger returned from an early season injury to score thee goals in as many games for the u18 side.

That run included a brace in a 6-2 win over Tottenham. 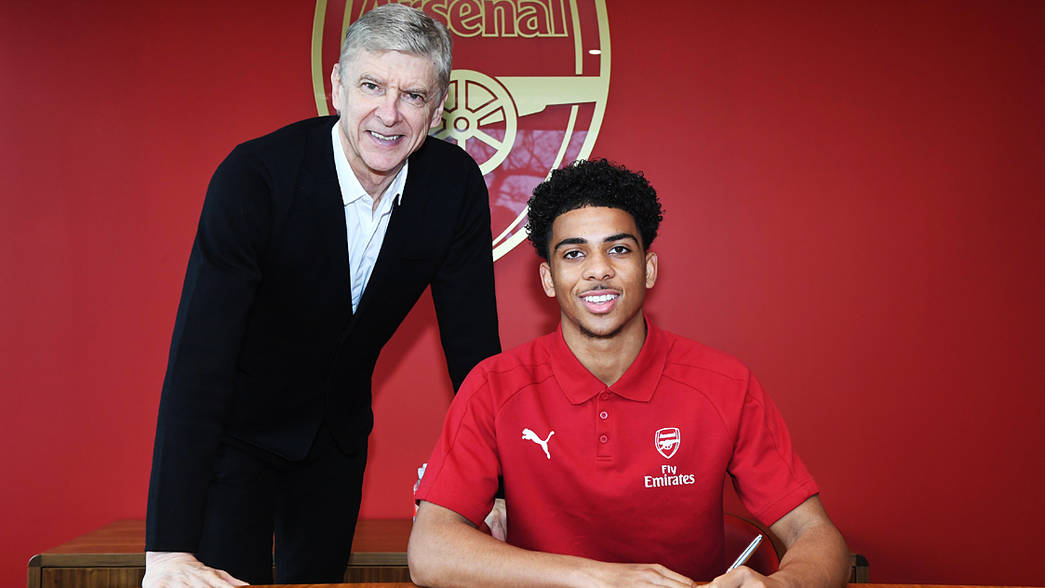 He’s also scored in the FA Youth Cup against Sheffield Wednesday, and has since made his début for the u23 side.

Amaechi is said to be technically excellent and very quick.

Those two qualities make him one of the most exciting prospects in Arsenal’s academy at the moment.

It turned out that 2017 was an excellent year for Arsenal’s young players.

Several academy players went on to make their first team debuts for the club.

Hopefully, we’ll see a few more make their début during 2018.

With any luck, Amaechi will remain injury free and continue to impress for the youth sides.

If he does, he could be the next youngster to make the step-up to the first team.