Borussia Dortmund boss Peter Stoger claims he assumes Pierre-Emerick Aubameyang is staying put, amid rumours that Arsenal are lining up the prolific centre-forward.

Stoger seems open to the idea of Aubameyang staying at Dortmund despite the club being tetchy over his recent suspension.

“Disappointment is the wrong expression,” Stoger told Sport Bild. “Rather a lack of understanding as I cannot really comprehend his conduct. And I am certainly not the only one.”

When asked if the striker will stay, he said: “I assume so. He’s a Dortmund player, he trains and he’s in our plans for the upcoming match.”

The 28-year-old was left out of Dortmund’s clash against Wolfsburg after missing an important team meeting, which he claimed to have forgotten. 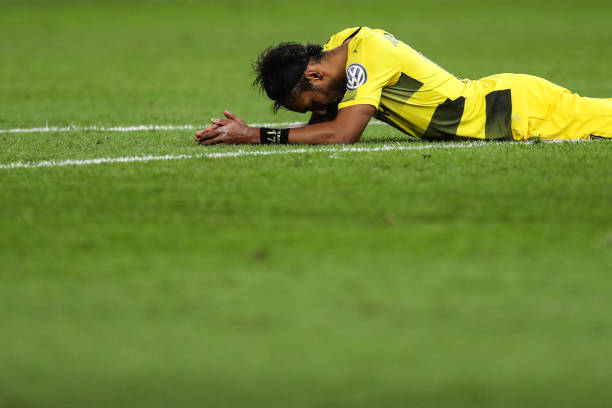 This is apparently the third time in 15 months that the Gabon international has been punished for off-pitch drama, which has led the Bundesliga club to become increasingly frustrated with his antics.

The club’s general director Michael Zorc recently said: “At some point you can’t tolerate it any more. I don’t know what’s going on inside his head. We had a very contentious discussion today. We’re not used to this behaviour from him.

“What is going on now is not to be tolerated by the club. It is clear: It cannot go on like this. I don’t know what is going through his mind. I don’t recognise him anymore.”

Perhaps this is why the German outfit appear quite willing to allow Aubameyang to leave for a little over £50m despite having until June 2021 still on his contract.

Aubameyang has scored 21 goals in 23 appearances this season, so his off-pitch behaviour obviously isn’t impacting his form.

However, Arsene Wenger will want to nip any attitude problems in the bud as soon as possible. After the man child that was Alexis Sanchez, another crybaby is the last thing we need in our squad.

While Stoger does say he ‘assumes’ Aubameyang is staying at Dortmund, his comments are a little vague. Given that most outlets are reporting the 28-year-old is pushing for the move to north London, I’d say the coach is just giving a standard, media-trained response.