Nacho Monreal is looking forward to another cup final at Wembley after helping Arsenal see off Chelsea in the Carabao Cup semi-final.

Monreal put in an excellent display during Arsenal’s 2-1 victory over Chelsea on Wednesday night.

Arsenal had gone behind to a strike from Eden Hazard, before Monreal’s header found the back of the net via two deflections. Granit Xhaka poked in the winner to send Arsenal to Wembley for a fourth cup final in five seasons.

With such a good record there, the Spanish defender is understandably happy to be returning to the national stadium.

“It’s really nice for us because we have good memories, we have played six times at Wembley and we’ve always won a trophy playing there, so we come back to playing there,” he told Arsenal.com. 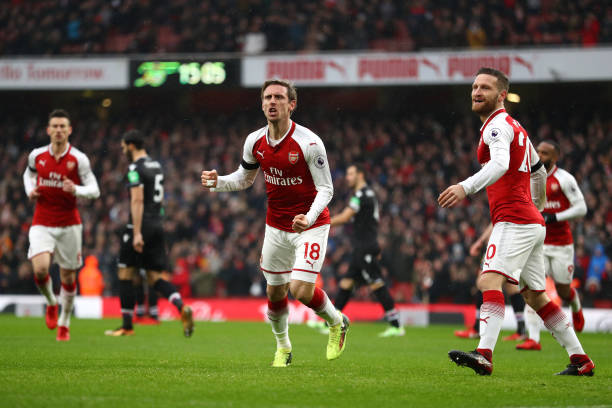 “It is the opportunity to play in a final and we have to be focused in the next game and we will be ready for the final.”

Arsenal’s progression to the final was thanks to a much improved second-half performance. The team started nervously and looked as if they had gotten their tactics wrong on the night. Changes were made at half-time, and we ended up controlling the game.

Monreal has praised the second half improvement, saying: “I think in the first half they played better than us and we played really deep so they had the ball and we didn’t have too many chances.”

“We were so lucky because we started losing, but we scored in a corner and I think in the second half we changed our set up to press higher and we played a lot better than in the first half.

“It’s fair, it was a good game. They had opportunities, but we were a bit better than them and that’s why we will play in the final.”

The Spaniard has made quite the impact since returning from injury. He scored once and set-up two in the 4-1 win over Crystal Palace last weekend, before playing a part in our equaliser on Wednesday.

He says he’s feeling good despite being absent for a month, adding: “I am very happy, because I didn’t play for six games, and for me it’s always hard to come back because you lose the rhythm of competition, but in both games I felt really good.

“Not only me, the team have played really well today and the last game and this is the way we have to continue playing.”