When initial reports stated Pierre-Emerick Aubameyang was getting €10m-a-year until 2021, many wondered why he would sign. It turns out he’s getting paid much more, however…

According to the Telegraph, who tend to be reliable when it comes to Arsenal gossip, Aubameyang will be earning £180k-per-week with the Gunners.

This puts the 28-year-old just behind Alexandre Lacazette, who Arsenal signed for £52m from Lyon over the summer. The France international reportedly earns £200kpw.

It also means the Gabon international will be earning more than Sead Kolasinac, who the Gunners signed on a free from Schalke.

The 24-year-old is said to earn £150kpw, which sounds a bit high, but considering Arsenal didn’t have to pay a transfer fee, I’m assuming they could afford to hand him a little extra. 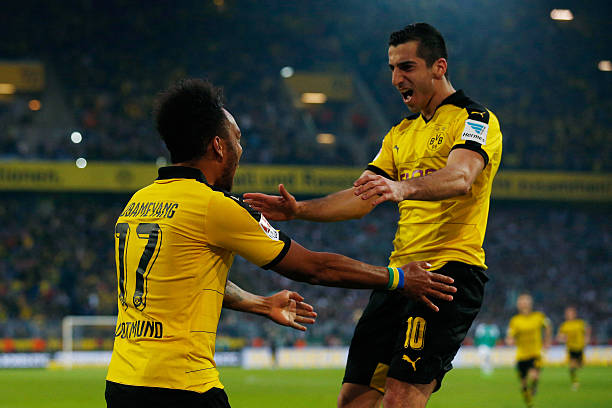 Arsenal are spending a club record of £60m on the 28-year-old, which breaks down as £55.4m plus add-ons, although Guillem Balague reports the fee is actually £53m with £2.5m add-ons.

The Telegraph report that the deal is until 2021, which matches up with previous rumours that he was signing on for three/three-and-a-half years. He won’t come cheap, so hopefully Aubameyang will be worth it.