Jurgen Klopp has denied any Liverpool interest in Pierre-Emerick Aubameyang, as Dortmund stand firm on the 28-year-old’s transfer fee.

Klopp insists that Liverpool don’t need a striker and won’t be making a last-minute swoop for Aubameyang despite some reports in the media claiming otherwise.

“Auba is really a good guy. Of course, reading the newspapers, you ask yourself if all these things must happen,” Klopp told DAZN.

“But in fact things are mostly not that controversial as they are presented. In the end everybody will be happy.

“In the first half of the season he also scored often although last summer he wanted to go to China allegedly.

“He is a great player but he does not play in a position for which we urgently need new players.”

Klopp worked with the Gabon international for two years during his time at Dortmund, which is presumably where the links came from.

Liverpool seem to have their eye on Monaco winger, Thomas Lemar, at the moment anyway.

Aubameyang’s move to Arsenal still appears to be going ahead despite the Times (£) reporting Dortmund are standing firm on their £60m asking price.

The Gunners were £10m short with their last bid. 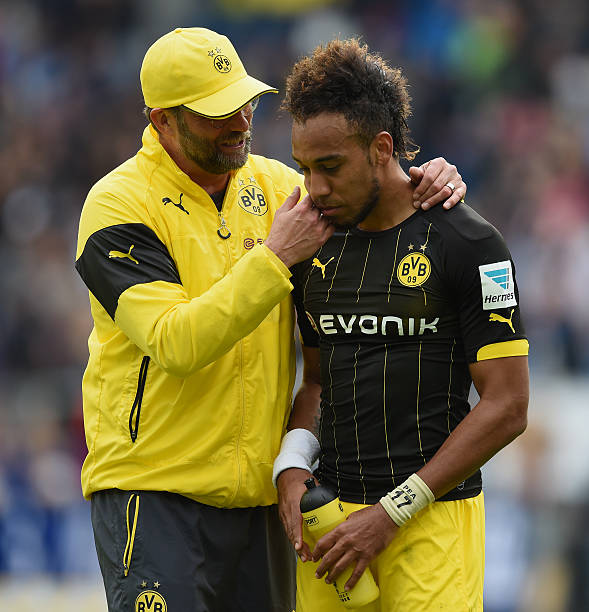 After the Dortmund fans booed the player during his appearance against Freiburg on Saturday afternoon, it became clear that Aubameyang really has burned his bridges with the Bundesliga club. There’s seems to be no returning from this.

The ball is once again back in Arsenal’s court. We know he wants to leave, the fans don’t want him and the club seem sick of his shenanigans – Dortmund have to sell.

The transfer window closes on Wednesday night and I expect everything to suddenly speed up as both clubs fight to get the best deal possible.

Hopefully, Klopp’s good on his word and Liverpool don’t suddenly wade in with a massive offer on Tuesday or something.

Why is Lucas Torreira in Madrid?