Unless you’ve been living under a rock, you’ll probably have already heard all about Alex Iwobi’s alleged partying ‘hours’ before Arsenal lost 4-2 to Nottingham Forest in the FA Cup.

But what actually happened?

The S*n reported on Tuesday that Iwobi, who was blasted for his performance during the defeat at the City Ground, was ‘videoed screaming and dancing at 2.37am on Saturday in Soho, central London.’

That’s the early hours of Saturday morning – not the night before the game, as many seem to be assuming.

Hearing thst disgusting newspaper is chatting shit yet again. Iwobi was at a friends house on the FRIDAY night not a drug fuelled party on the SATURDAY. If you buy the sun plesse unfollow me #GutterPress

@ArsenalGuvnor on Twitter claims the 21-year-old was just at a friend’s house on Friday night and not in Soho, although partying anywhere within 48 hours of a match isn’t exactly something that Arsene Wenger would condone.

The Evening Standard claim that Iwobi could face a £60k fine. When questioned about the alleged ‘drug-fueled party’ ahead of Arsenal’s League Cup semi-final clash against Chelsea, the boss said that he’d not spoken to the winger yet.

He also insisted that Iwobi would be fined IF he found the allegations to be true, and mentioned that he shouldn’t have been partying at all 48 hours before a match. 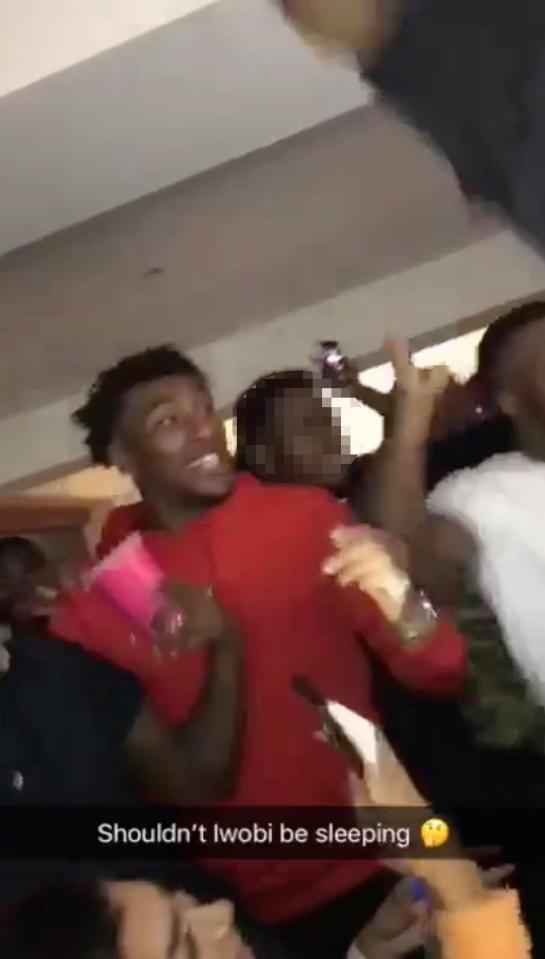 “If that is true he will be fined,” Wenger said. “It’s unacceptable. It’s impossible to go out 48 hours before a game. I will have to see him and see if that is right or not.”

However, he then appeared to confirm that the player had been at a party 48 hours before the FA Cup game, suggesting that he has spoken to Iwobi after all.

“It was 48 hours before the game,” Wenger added. “The night before the game we were in a hotel. I will speak to him. You have to be cautious with the news coming out – when you read what has been reported it is like he has taken drugs but he’s not involved in that.

“If he was at a birthday party, how long has he stayed? That is very important. After that I will decide what happens. If your neighbour takes drugs, what can you do about it? You are responsible for your behaviour.”

Was he lying? Or was he just filling in the gaps?

It’s not the partying itself that Wenger and most Gooners would have an issue with, it’s the timescale, especially considering how poorly the Nigerian international played on Sunday afternoon against Forest.

At the time of writing, Alex Iwobi is yet to respond.