In an exclusive interview with Daily Cannon Tyreece John-Jules revealed how the move to Arsenal came about, how he’s progressing in the youth setup, and told us his hopes for the future.

John-Jules is still only 16, but the versatile forward is making a real name for himself in the academy. He explained how he made the switch to Arsenal, joining the club as an eight-year-old.

“I was spotted at the age of eight at Charlton. It was coming to the end of the season and Arsenal asked me to come on trial. They asked me to sign that week for the u9’s”.

The talented teenager was offered a scholarship in January, and has been training with the u23s this season. John-Jules is hoping to push for more game time with the reserve side, coupled with training sessions with the first-team.

“I had a late start due to injury in pre-season, but soon started playing for the u18’s. When I got the opportunity to play with the u23’s, I grabbed the chance to show the coaches I was ready for the step up,” the striker said. 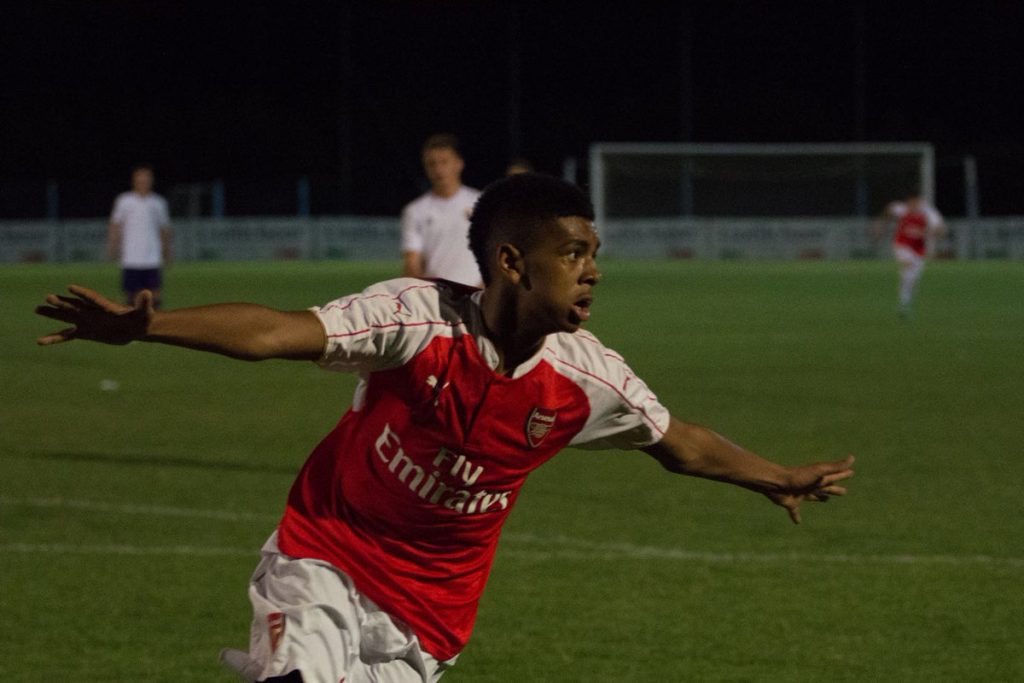 “Scoring against Tottenham on my u23 debut was an amazing experience. I have been lucky enough to train with the first-team during the last international break too.

“My goals for the rest of the season is to maintain my position for u18’s and get more game time for u23’s, and look forward to signing my first pro deal on my 17th birthday. Training with the first-team is a bonus and I will embrace that opportunity when I get that chance again.”

Academy players who have enjoyed some success in the first-team this season are Eddie Nketiah and Reiss Nelson. The pair have been given game time in the Carabao Cup and Europa League, and John-Jules is using their rise to prominence as inspiration.

“Seeing Reiss Nelson and Eddie and some of the other boys playing for the first team is a big inspiration and they inspire me to work even harder,” he admitted.

Arsenal’s youth players will have a new face in charge next season too, with Per Mertesacker taking on the role of Academy Head in the summer. John-Jules added: “This is a very exciting time for Arsenal Academy.”

And while Mertesacker will be casting an eye on the next generation, it’s Arsene Wenger whom they’ll need to impress – something the striker says he’s already done when training alongside the senior players.

“When I trained with the first team, Arsene said I did well and was shocked that I was only 16. He told me to keep going. The first-team coaches and players were very encouraging. Arsene is about during training whenever he can be, but there’s always someone watching.”

Playing well at club level will lead to opportunities on the international stage too. John-Jules has represented England at youth level and hopes to make the European Championships with the u17s in the summer.

“I have had the pleasure of playing for England u16’s , and will continue to work hard to get picked for the u17’s Euro’s in May.”

The versatile striker has the world at his feet, and says he will give 100% no matter what role he plays. John-Jules is capable of operating through the middle, out wide and as a no.10.

“I have a good eye for goal I hold the ball up well and can pick a good pass and I keep going until the whistle is blown for full time.”

Fans could be seeing a lot more of the youngster in the future, given he’s already been training with the first-team at 16, and finds himself in the reserves at such a tender age.

Arsenal no doubt also have high hopes for John-Jules, and we wish him all the best at the Daily Cannon.

Charlie Patino to extend his Arsenal deal amid Barcelona interest