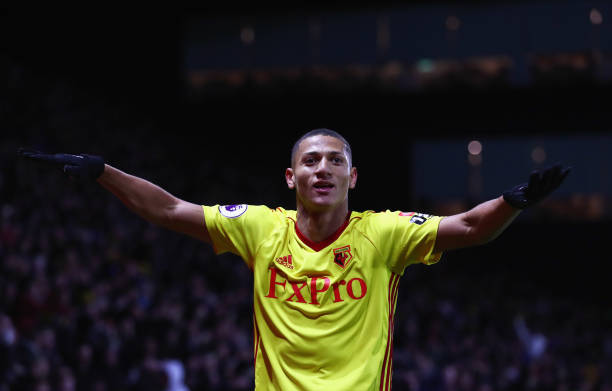 Arsenal and Chelsea have both reportedly approached Watford over signing Richarlison.

According to Yahoo Brazil, Arsenal have approached Watford over Richarlison and even contacted the 20-year-old’s manager, Renato Velasco.

The forward only joined the Hornets from Fluminense in the summer for a reported £11.5m, and has already gone on to score five goals and provide five assists in the Premier League.

With Alexis Sanchez reportedly set to sign for Manchester United in the next couple of days, and Richarlison’s preferred position being out left, the link does make sense.

Chelsea are said to be seriously keen to sign the young Brazilian. They, as well as Spurs, apparently showed an interest back in November but were warned off by Watford’s chief executive Scott Duxbury.

Since Watford have only just signed the youngster, it’s no wonder they want to keep hold of him. His contract is up in June 2022, and he’s currently valued at £18m. Arsenal may not have to break the bank for the Watford man.

While Richarlison seems like a decent player for the future, I think Arsenal are probably aiming slightly higher when it comes to Alexis’ replacement. That’s what most of us are hoping, anyway.