Arsene Wenger’s intelligence is well known but during his pre-Newcastle presser, it seems that he might have been so smart with his comments that most of the press completely missed where he was coming from.

The Frenchman was asked about how Pep Guardiola’s current side compare to the Invincibles and the boss admitted that the Gunners didn’t have nearly as many funds back then as City do now.

In what was a generally complimentary statement from the boss about City, this was the only part that could be construed as antagonistic. Of course, that meant it had to makethe headlines.

But what seems to have been missed by many is that Wenger was actually referencing a 1973 quote by French President (74-81), Valéry Giscard d’Estaing, who said, “In France, we don’t have any petrol, but have ideas.”

In fact, it’s such a well-known quote in his homeland, there’s even a song about it: 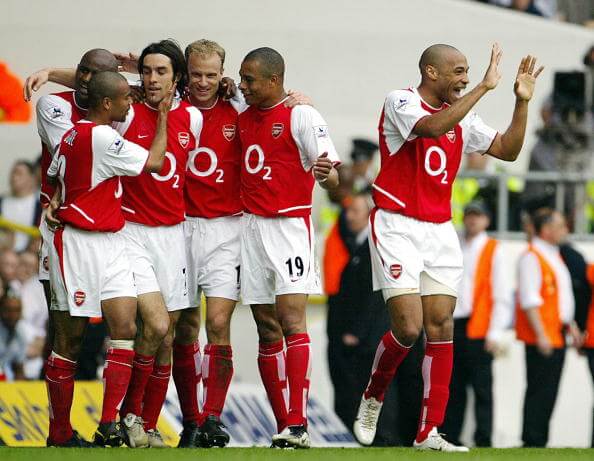 This means that, unsurprisingly, they spent more than any other Premier League club.

The Invincibles cost considerably less. For example, Thierry Henry was just £11m, Dennis Bergkamp was £7.5m and Robert Pires was £6m. And while prices are now inflated, that doesn’t detract from the fact that the entire starting XI cost next to nothing by today’s standards.

For the record, Wenger’s quote in full is as follows:

“Look, we had no petrol but ideas, they have petrol and ideas, so that makes it more efficient and overall yes they are like that, so everybody expects and projects that they will last. Why not? It can happen, but there is still a long way to go. At the moment I think everything goes for them inside the games, but maybe as well they have the quality to turn it in their favour.
“They have resources… [Money?] yes. Money and quality is what I wanted to say and in their management and players they have everything that is needed to be successful. It’s still not easy, they still have to respect that achievement.”

Arsenal transfer falls through after medical

Arsenal set to make 2nd Raphinha bid of around £50m