Tim Sherwood thinks Alexis Sanchez has thrown in the towel, although he still thinks Arsenal are better off with the Chilean in the squad this season.

Sherwood spoke to Sky Sports show The Debate, and gave his thoughts on Alexis and Özil’s situation at the club. Both players’ contracts expire at the end of the season, and neither look likely to sign an extension.

The more immediate problem, however, is that the former isn’t playing particularly well. Critics have praised Özil for his recent performances, but Sherwood isn’t happy with Alexis’.

“Sanchez looks like he might be making a decision to chuck the towel in,” he said. He’s saying ‘Why would you want to keep me, you might as well let me go somewhere else because I don’t want to be at this football club anymore’. 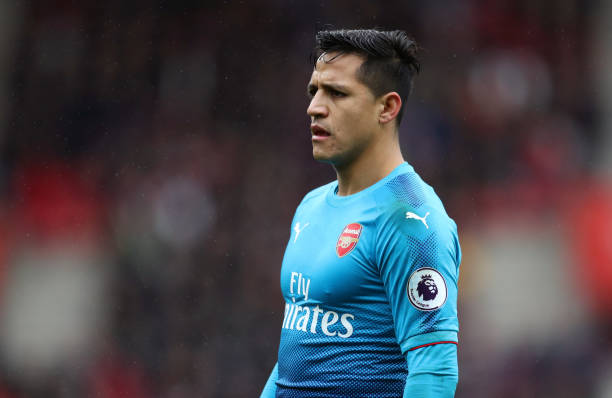 The former Tottenham boss isn’t totally convinced that Ozil is fully committed to Arsenal either, even with his upturn in form. “Arsene Wenger is no fool. He’ll take a view whether it’s cynical on the behalf of Ozil. Arsenal are better with those two players in their squad, but only if they’re going to give what they can produce, and that is a world-class performance.”

Whether he’s playing for a move or not, the former Real Madrid man is on top form right now. Ozil’s goal against Newcastle was sublime, and the 29-year-old created enough chances for his teammates to get on the scoresheet too. It’s hard to argue that we aren’t seeing the best of the World Cup winner at the moment.

Alexis, in my opinion, hasn’t shown his best in a single game this season. The 2-0 win over Tottenham was as close as he came, with a nicely taken goal putting some gloss on his performance. But even then, the crowd and the performance of the rest of the team made things easy.

Even if the former Barcelona forward wants to leave in January, he needs to improve here first to put himself in the shop window.

“I will smash you”: Granit Xhaka tells Martinelli and Jesus