Napoli are planning to make a £13.3m bid for Jack Wilshere in January, after being impressed by the England midfielder’s form for Arsenal this season.

That’s according to Italian outlet Calcioline, who write that the Serie A league leaders are looking to consolidate their position at the top of the table by bringing a playmaker.

Despite their domestic success so far, Napoli couldn’t progress to the knockout stages in the Champions League, and they’ll join Arsenal in the Europa League in the next round.

Things have been far from perfect, and Napoli sporting director Cristiano Giuntoli reportedly believes the 25-year-old is the solution to their problems. 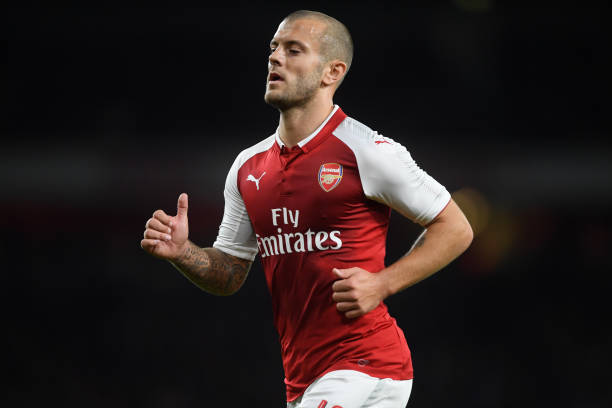 Wilshere had only started in the Europa League and the League Cup until last week, but now he has a couple of Premier League starts under his belt as well.

In all, the academy graduate has completed at least 90 minutes on nine occasions, which is a good sign of his current fitness levels.

Presumably, the Gunners won’t want to let go of the player whose contract expires in the summer, especially when he seems to be edging closer to reaching his full potential.

But it’s hard to know exactly what Wenger’s plan is, since the Arsenal manager and Wilshere  have confirmed talks over an extension are yet to take place. If the situation isn’t resolved soon, I’d expect more clubs to be lining up a January bid.

Arsenal 27yo closes in on exit