Manchester City’s 2018/19 away kit has allegedly been leaked, which means this is the strip we could see Alexis Sanchez returning to the Emirates in next season.

According to Footyheadlines, City’s 2018/19 away kit is navy blue with lime green and sky blue pinstripes. It also apparently has a zig-zag pattern along the top of the sleeves and on the sides of the shorts. 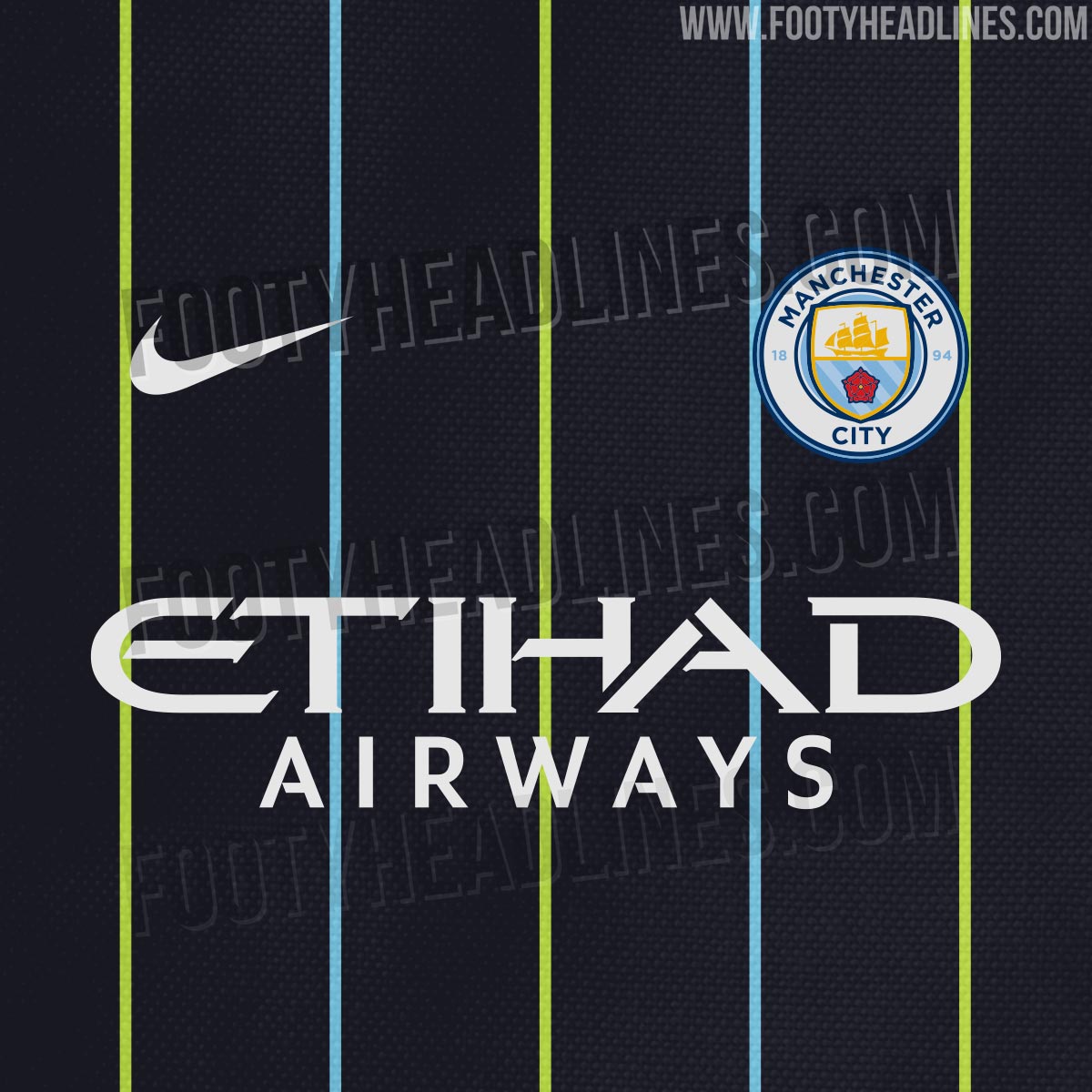 Navy socks then complete the dark kit, which is supposed to compliment a far more traditional home strip.

Next season is City’s last with Nike, who are also Alexis’ boot sponsors.

The Chilean has been heavily linked with a move to the Etihad since the summer. City even reportedly put in a £60m bid for the 29-year-old right at the end of the transfer window. Although Arsenal were said to have accepted the offer, they first had to sign Alexis’ replacement: Monaco winger, Thomas Lemar. However, the 22-year-old didn’t want to move.

The January transfer window opens on Monday and, as Arsene Wenger’s said, the forward is free to talk to foreign clubs if he wants from that moment onward. However, I expect Alexis wants to move a little bit closer to home…

I wouldn’t be surprised if this is this kit we see him in next season.