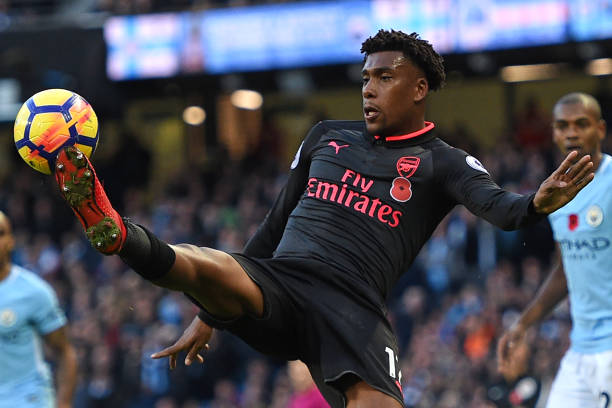 Iwobi has scored just once in eight Premier League appearances this season.

Arsene Wenger has said numerous times that the next step for him is to score more goals, and the Nigerian international is working hard to improve his record.

“I wish I could get more goals,” he said, as reported by Score Nigeria.

“I am working on this.

“Also, I wish I could [play] more games, but we have a lot of world-class players at the club.”

Overall, Iwobi has six goals in 47 appearances for Arsenal, which isn’t the greatest record a forward could have.

Even someone as young as Iwobi would expect to get on the scoresheet more often.

He’s not doing too badly for Nigeria, at least.

He scored the winning goal against Zambia that booked Nigeria’s place at the 2018 World Cup in Russia.

Following that, he scored two very well-taken goals in a 4-2 win over Argentina in a friendly.

It’s at club level where he’s struggling to find the back of the net.

While that part of his game is still developing, Iwobi feels he’s come a long way from how he was as a young player.

“I have shown more self-belief and confidence as I grew older because I did not have much confidence in my ability while growing up and will shy away from physical side of the game,” he said.

Iwobi came through the club’s academy and has a lot of love for a club he hopes to be at for a long time, saying: “I cannot imagine myself somewhere else.”