Daily Cannon recently spoke with Arsenal photographer, David Price, and got the chance to ask him about his career as a ‘tog, his love of football, and, of course, the Gunners.

When Arsenal fans see pictures of the players messing around during training, we rarely think about what it’s like on the other side of the camera.

You would assume it’s all fun and games – and you’d be mostly right – but it takes a lot of work, experience and dedication to become an official photographer for Arsenal Football Club.

For David Price, it took a lot of graft, patience and a little bit of luck to become one of Arsenal’s official photographers.

As with most professions, David had to start at the bottom, fresh out of college, and work his way up.

“I’ve been a photographer for 16 years,” David reveals. “My first proper job after college was at a sports photo agency called Colorsport.

“They were based in Islington and were the agency that Arsenal used to cover their matches, signings and team pictures at that time – although I didn’t know this going into the job!”

David went on to start work in the Colorsport library, filing the slides and putting together slides for their clients.

“Basically, I was a picture researcher,” he explains. “I worked there for seven years in total.

“I became more involved the longer I was there.

“During Euro ‘96, I came into the office and the photographers by then could send in their pictures over an ISDN line. I had to receive the images and then forward them on to the newspaper picture desks.”

David didn’t become a photographer until 2001 when he broke his leg playing football.

“Colorsport provided me with training and then basically sent me out to cover football and rugby matches,” he says. “I was lucky because Colorsport was an established agency; I was immediately photographing Premier League matches and Rugby internationals…”

David adds,“So in at the deep end basically!”

From then on, the only way was up and, after meeting Stuart MacFarlane at his agency – the Gunners’ other official photographer – Pricey found his job at Arsenal.

“He was Colorsports’ main photographer and he covered as many Arsenal matches as he could,” says David.

“Arsenal contacted him around 2000 and said they were going to bring the production of the Matchday Programme in house.

“They already had a full-time editor and one reporter, and they wanted a photographer to join too so they asked Stuart. Stuart obviously jumped at the chance, being a big Arsenal fan himself.

“I remember that when he left he said if anything came up he would be in touch, but if I’m honest I didn’t think he would be able to offer me anything.

“After a couple of years he contacted me and asked me if I would be interested in being his number two. I said I’d love to and I had an interview with the department head at the time, Amanda Docherty, and started in December 2002.”

David continues, “I remember it well because about a week before I started Thierry (Henry) scored the amazing solo goal against Tottenham and I was gutted that I wasn’t there to photograph it live!”

When the photographer finally did get to meet Thierry Henry and a personal favourite of his, Patrick Vieira, in the flesh, David admits he was a bit star struck.

“I remember being a bit quiet to start with but the guys soon put you at ease and very quickly it becomes normal,” he says.

“Patrick was very good at making you feel relaxed. Mainly because he was a funny guy, always laughing a smiling.

“I remember feeling a bit nervous photographing Noel Gallagher in Diamond Club once, I’m a massive fan of his.

“But other than that I don’t really get star struck anymore. We often have famous visitors that we have to photograph but they are Arsenal fans so you just chat football and Arsenal… so it’s easy.”

However, despite being a fan of Vieira, David wasn’t actually a Gooner when he first started.

“I also played quiet a lot of cricket when I was younger.

“If I’m totally honest I wasn’t an Arsenal fan as a kid. I wouldn’t say I had a particular team. I know that sounds like a cop-out but I was more interested in certain players.

“It wasn’t until I got to Colorsport that my love of Arsenal started. Colorsport, as I said, were heavily involved with Arsenal.

“So by working there, I would be in touch with people at Arsenal and you could feel the excitement when Arsene (Wenger) came in and started making loads of exotic sounding signings.

“I remember seeing photos of (Marc) Overmars and (Emmanuel) Petit and thinking ‘what in Petit wearing?!’

“I loved Patrick Vieira. I thought he was an amazing player. So that is when my passion for Arsenal started.”

Since being hired by Arsenal, David Price has photographed his fair share of matches. Some fun; some not so fun.

“My least favourite matches are more down to the working positions in the stadium rather than a particular team,” David reveals.

“The old Tottenham ground was not a great place to work at although it did prove to be one of my favourite matches as an Arsenal employee.

“Winning the league there has to be one of my all-time highs.

“It’s hard to pick one favourite but the two that spring to mind are our FA Cup final against Hull in 2014 and beating Real Madrid in Madrid in 2006.”

However, despite the pictures, it’s not always fun and games at the training ground. Particularly in pre-season.

“It is generally a fun job; the guys do enjoy themselves,” says David. “They are young men being paid to play football. There are much worse jobs.

“But being in this job allows us to see the other side, how hard the guys work at their profession. Particularly in pre-season with the double training sessions you see the boys really going at it.

“It was tough for them this pre-season in Shanghai the temperature was 40 (degrees Celsius) plus. They were doing a fitness-type session in the morning when it was really hot and then coming back in the evening and doing a more football-based session.

“Even throughout those sessions there is always opportunities to catch some light-hearted moments.

“Obviously there are some tough times too so you have to use your judgement and know when to back off a bit.

“If you have a player going through a long injury rehab you have to be aware that he’s not going to want a camera pointing at him as he’s going through his recovery.

“It depends on the player really.”

So, who’s his favourite player to photograph?

“In the current squad it’s hard to pick a favourite as they really are all good guys,” he says diplomatically.

“I like photographing Jack Wilshere. I’ve got to know him quite well over the years so it’s great to see him in full flow.

“Also, I’d say Olivier Giroud. When he scores you really see his passion for the club come through in the celebrations.”

When it comes to favourite photos, David admits it’s hard to pick.

“My favourite image changes quiet regularly but I have three that spring to mind,” he says.

“Thierry Henry celebrating his second goal against Liverpool in April 2004. He ran my way with his arms out. That’s on the outside of the stadium now. 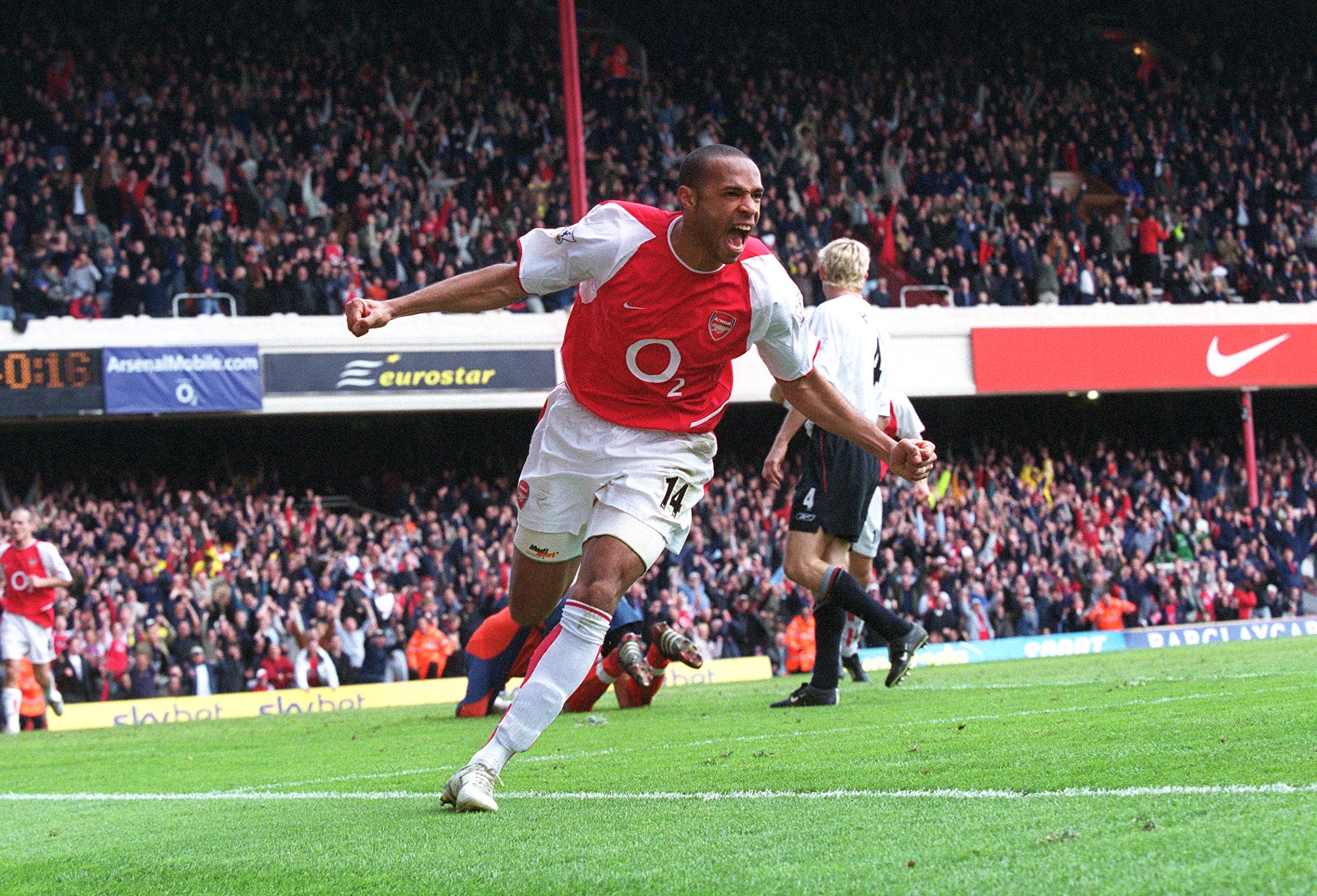 “The second one would be Aaron Ramsey celebrating the winning goal against Hull in the FA Cup final 2014. Again he ran my way and I have a nice sequence of pictures from that. 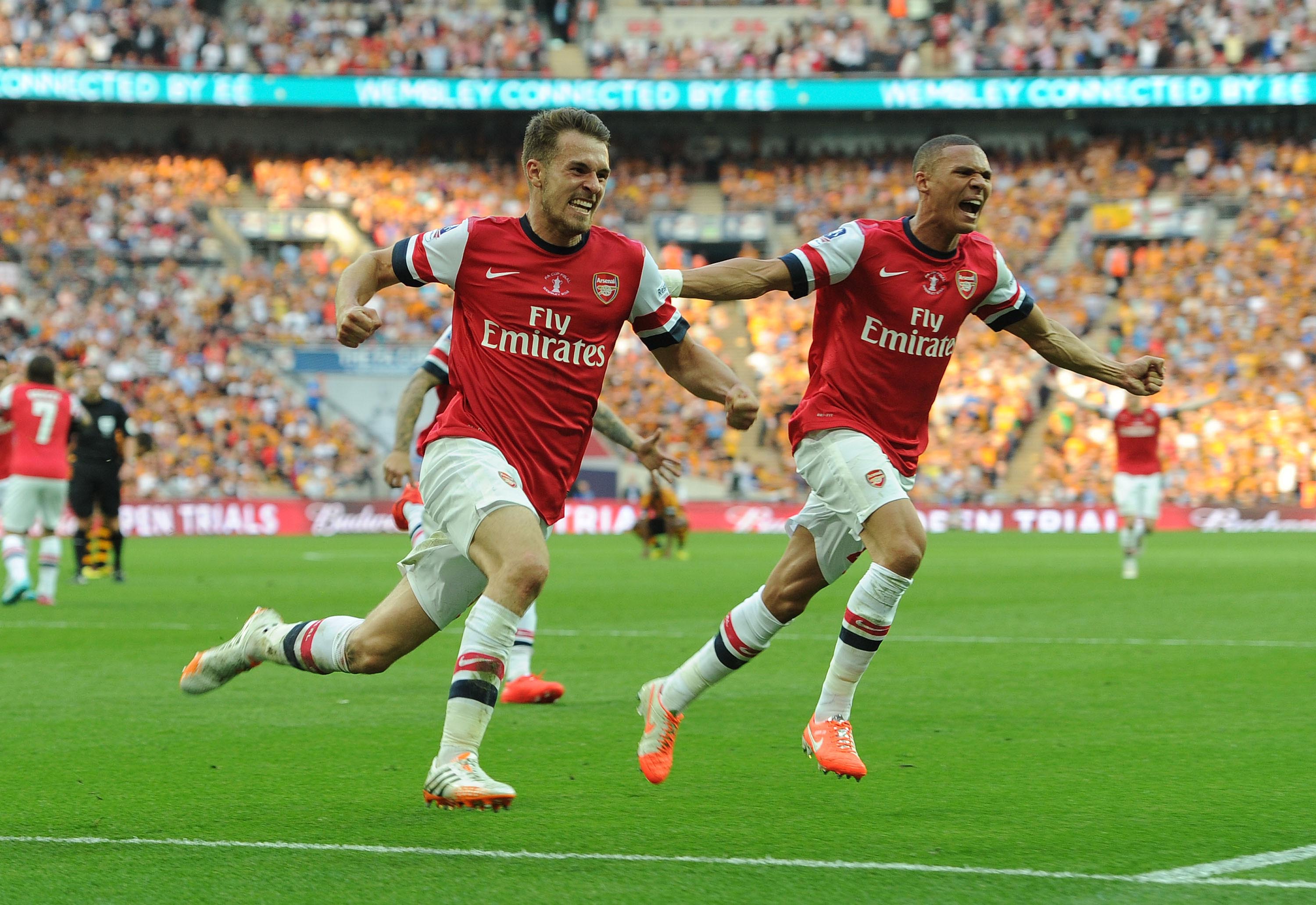 “The third would be a shot I took of Jack Wilshere against Manchester City in 2013. I moved to a different position to photograph the second half of that match. I can’t remember why.

“Just seemed like a good idea. And luckily I got a shot of Jack running with the ball with three Man City players circling him.” 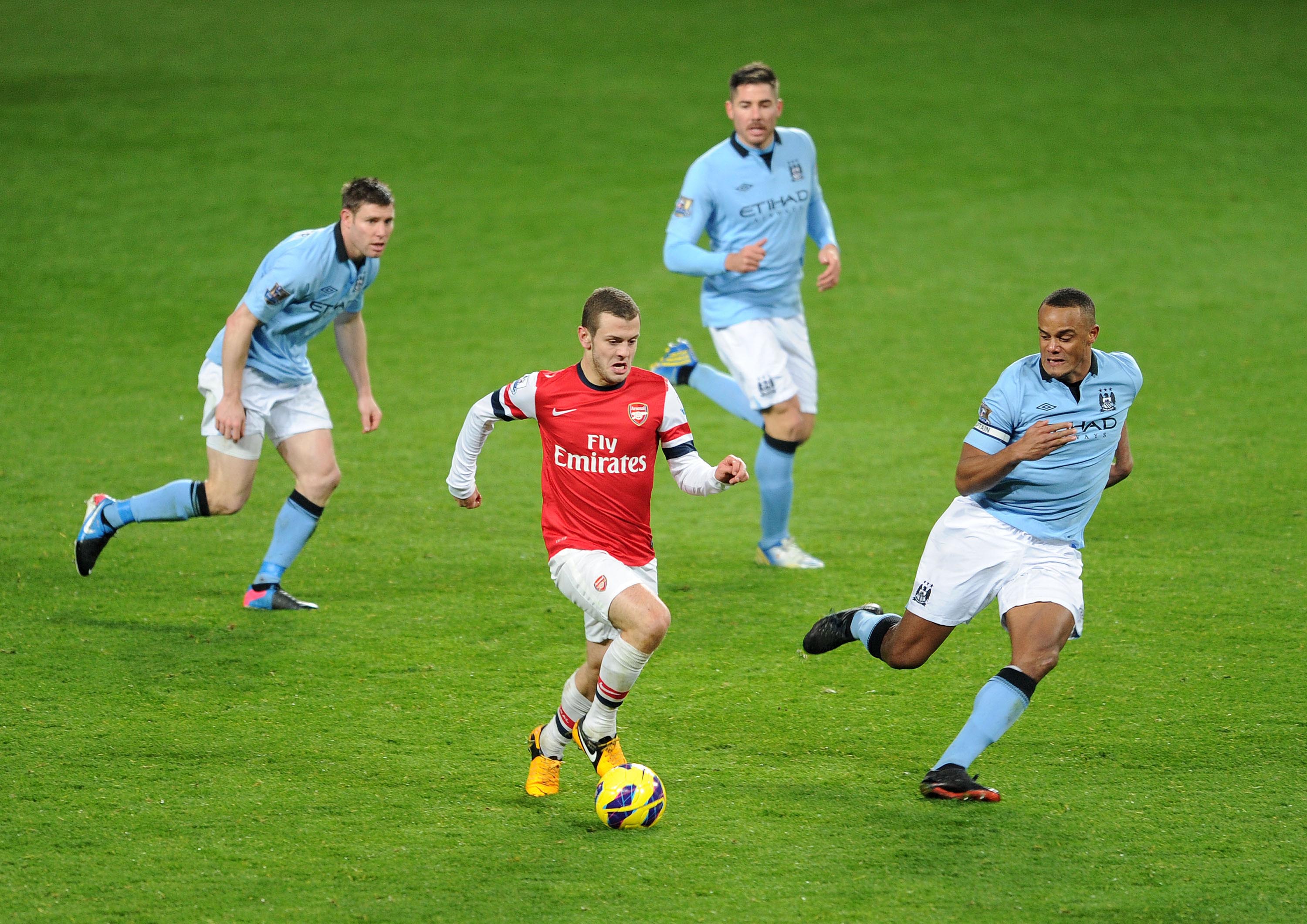 We then asked David about what personally inspires him in his career. Other than creating these fantastic shots of the Arsenal players.

“I’m inspired by the work of other photographers that I respect,” he reveals.

“Firstly, Stuart (MacFarlane) who sets the bar pretty high for me. He’s a great photographer and has a more artistic eye than me so I can only learn from him.

“I was also lucky to work with the late Mike King. He was the most naturally talented photographer that I have ever seen. It was like the camera was an extension of his eye and he could photograph things in such a way that it often left you wandering how he managed it.

“There are also some other very good football photographers like Shaun Botterill, Tom Jenkins and Mark Leech. I always check out their work to see where I can improve or try something different.

And finally, we asked is there any advice David would like to give to budding photographers out there?

“I guess if you want to be a pro photographer now the best way to start is to try and get work experience with an agency,” says David, who admits that he got lucky with his journey.

“You definitely need to show them some of your work so go out and photograph your local team.

“I was lucky in that I spent five years in a sports photo library before I went out to take pictures so I had a good knowledge of the sort of images I should be trying to capture.

“Obviously it’s easier said than done so the more matches you photograph the better you will become.

“Also, if you don’t like sitting in the rain, cold or snow it’s probably not the job for you…”