Arsenal may have just dropped a major hint over Mesut Ozil and Alexis Sanchez’s futures at the club.

Arsenal have released their official 2018 calendar and fans were quick to find out where Ozil and Alexis, who both only have six months left on their contracts, might feature. If at all.

Alexis has been given the month of January, which suggests that, as reports claim, the 29-year-old could be off during the next transfer window.

The Chilean will still technically be an Arsenal player until then so there’s no skin off the club’s nose if he does indeed sign for Manchester City or Paris Saint-Germain next month – unless it all happens as soon as the window opens and Arsenal fans have to look at his face for the rest of the month. 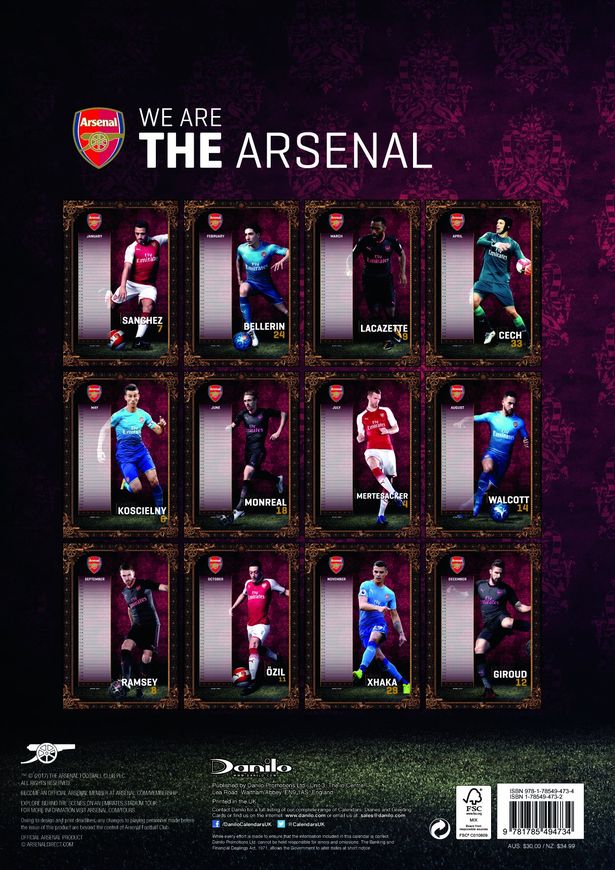 This also means that even if Alexis doesn’t leave in January, he can leave on a free in the summer and Arsenal still won’t look silly. Well, at least not as far as their calendar is concerned anyway.

On the other hand, Ozil has been given October. This doesn’t just potentially point to the midfielder staying past the January window, it also, in theory, rules out a summer move as well.

If Arsenal push out this 2018 calendar for just under a tenner and Ozil jumps ship before October, there are going to be plenty of unhappy customers.

Does this suggest that the German is, in fact, very close to putting pen to paper on a new deal? As much as I don’t want to read into it, I can’t help it. Ozil is playing well and looking happy.

What’s more, October is the 10th month of the year and the 29-year-old also wants the #10 shirt… Coincidence? Shut up.

Maybe I should put down my tin hat.