I hope your 2017 was as good as mine, and that 2018 will be even better- especially when it comes to Arsenal!

2017 is definitely one to forget when it comes to football, so I won’t be wasting words on it.

Instead, let’s see what awaits us in the first month of the new year.

There’s a lot of Chelsea, and that could be both good and bad.

We played them earlier this season and it wasn’t bad at all. We didn’t win but we didn’t lose either, and it’s never an easy away match for us.

What to expect from the three matches we have against them in January?

I myself expect a 100% serious approach in the first match, the league one, and half serious in the two Carabao Cup fixtures.

The Carabao Cup has been okay for us, and I really hope we continue with a similar mix of younger lads and senior players who don’t get much game time.

I don’t expect Chelsea to go full-force either so these two matches could definitely go either way. There are Carabao Cup haters out there, but I think a trophy is a trophy, and why not try to win it?

In between the Chelsea trilogy, we have some pretty easy fixtures in the league and FA Cup. We start our FA Cup defence against Nottingham Forest, away, which seems like an okay draw. I expect a mixed team – perhaps a prep for Chelsea in the Carabao Cup – and a win, of course.

In the league, we have Bournemouth, Palace at home and Swansea away respectively – and all of these are must wins, no excuses.

We haven’t been great lately, and our away form must improve. These three games seem like a perfect sequence of matches to get on a positive run and forget that we just let Alexis go to City (probably, I don’t know).

The star of the first wallpaper of the year is David Seaman, our legendary number one, wearing the kit from 2000!

Here’s to a happy 2018 with a few more trophies for Arsenal and none for Spurs! 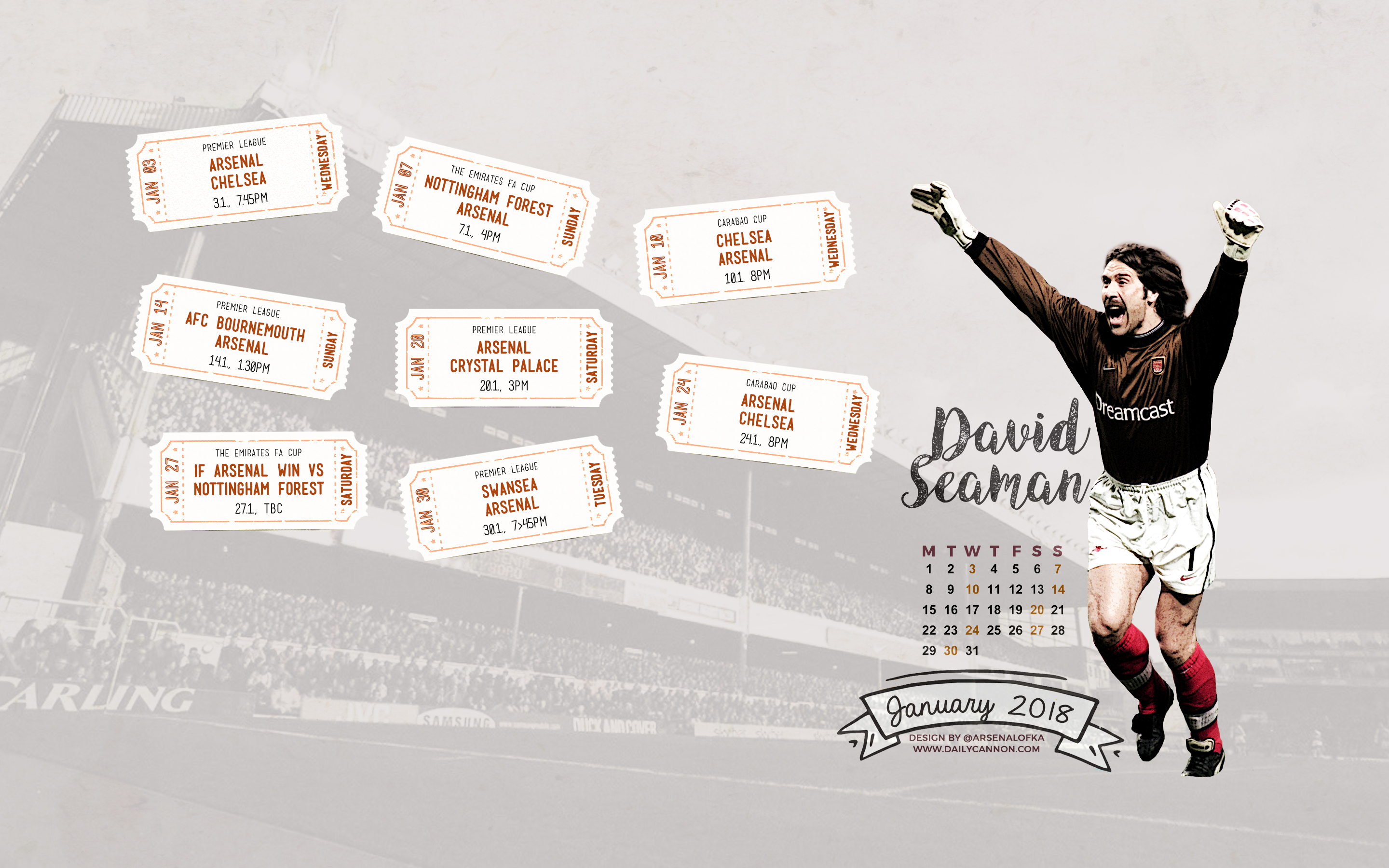 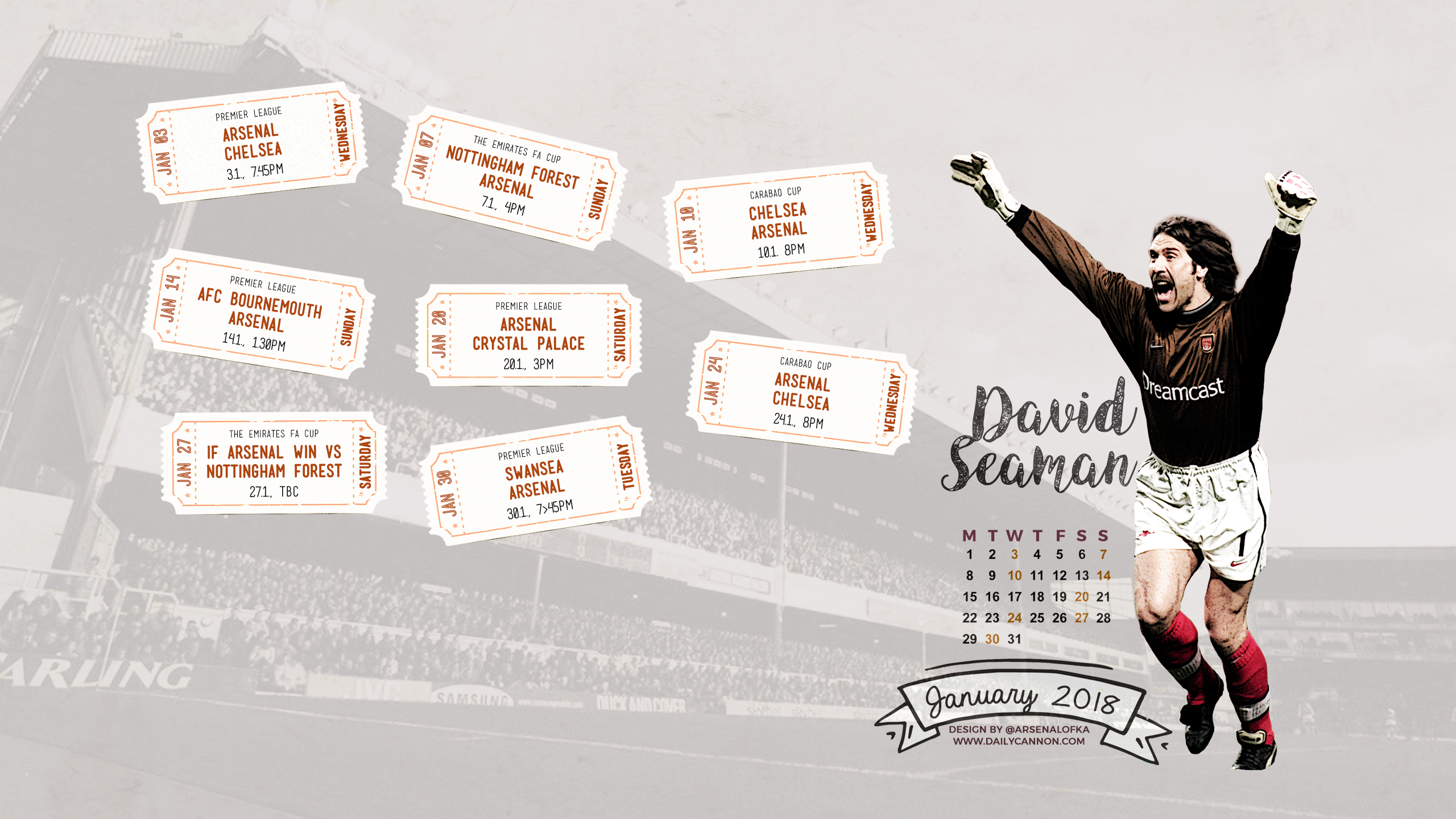 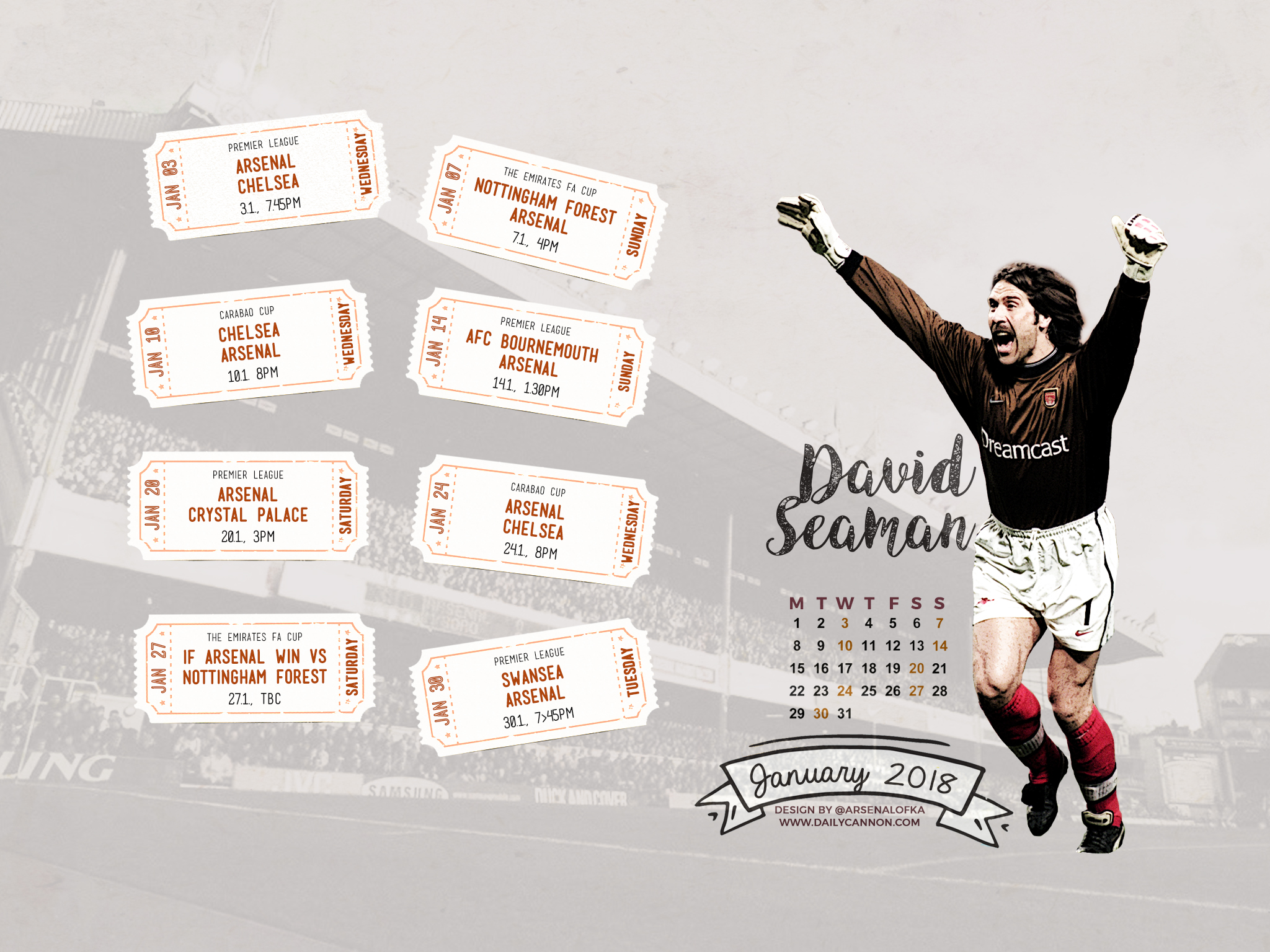 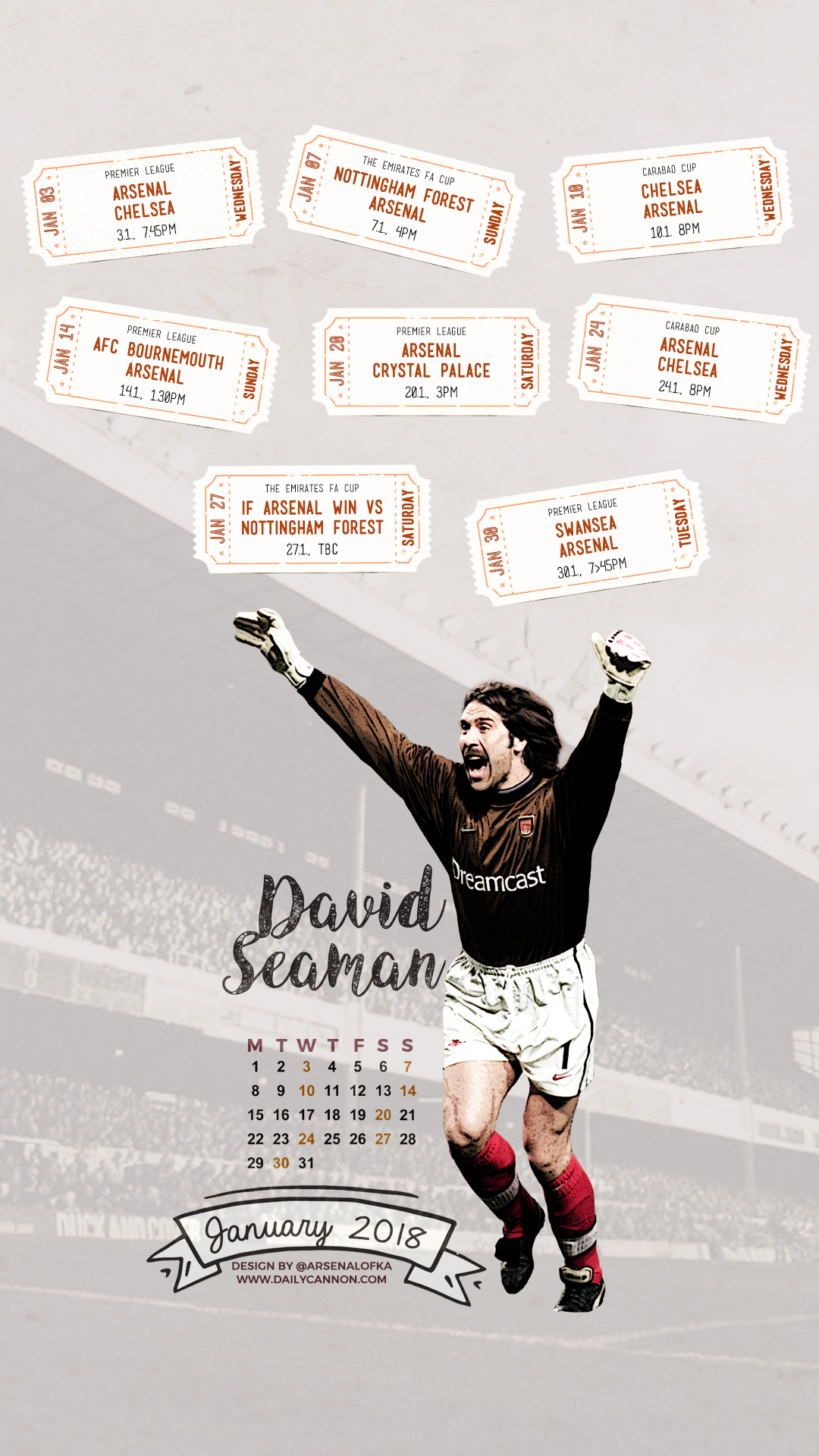