The Express have finally managed to find a way for Tottenham to top the Premier League table and it involves going to Brexit-y lengths.

If all the foreigners were taken out of the Premier League, say the Express, Spurs would top the table at this point in the season with 39 points.

Harry Kane, Dele Alli, Danny Rose, Eric Dier, Harry Winks and Kieran Tripper make Mauricio Pochettino’s side rather British, which, in an alternate, boring universe, would put them in the running to win the title this term.

Manchester City, United and Everton would all have 35 points in ‘second’. 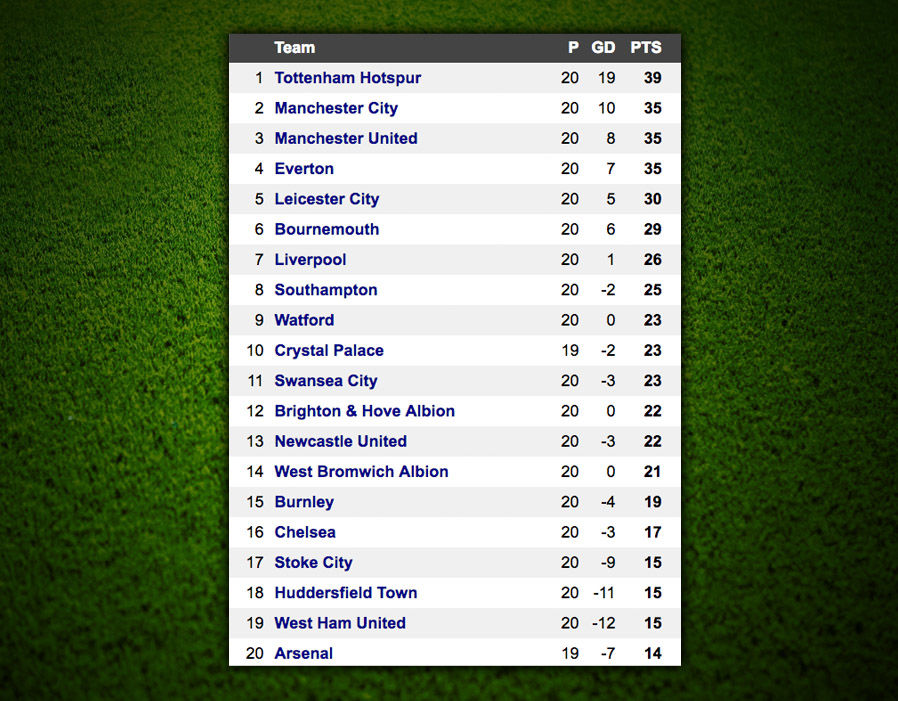 Meanwhile, Arsenal would come last because we’re full of foreigners.

If the Gunners had relied on their British players to do just about anything this season, we would be getting relegated and only have 14 points so far.

Therefore, surely this table shows exactly why foreign players coming over to the Premier League is brilliant?

Take City, for example. They would have 35 points without their foreign players but they have 58 with them.

Damn these cheeky foreigners coming over and improving the quality of our football!

If the Premier League had exclusively British players, we wouldn’t get the chance to watch some of the most talented footballers in the world week in, week out.

It would be a boring, stale, talent-less league that no one would want to watch.

Sponsorship deals would get torn up, brands would move to more open-minded countries, TV deals wouldn’t be half as lucrative, some of the best managers in the world wouldn’t be interested and the funding would start to dry up.

Who would actually want that?

Well… the Express apparently. But that’s not really a surprise, is it?