There was a notable difference in the way the Telegraph covered Arsenal and Manchester City on the weekend.

Far be it for us to claim there’s a media bias against Arsenal, but there are times that make you wonder if something more insidious isn’t going on.

Take, for example, the Telegraph and how they headlined their match reports.

Screaming at the difference in the media when Arsenal shithouse a win vs when City do pic.twitter.com/7HyjNuDQgw

Despite the similarities of both matches, Arsenal’s victory will billed as “crucial but barely-deserved” while City’s was just “hard-fought”.

The former implies that Arsenal, perhaps, didn’t fully deserve to get their big win, while the latter leaves no doubt that City deserved their victory in the end.

There’s no doubt that Burnley gave Arsenal a tough game. They played well, and would consider themselves unfortunate not to have come away with a point.

Arsenal, though, controlled the entirety of the second half, had two legitimate claims for a penalty – only one of which was actually given. The Gunners created good openings to score too. Short of actually putting the ball into the back of the net, Arsenal did enough to win. 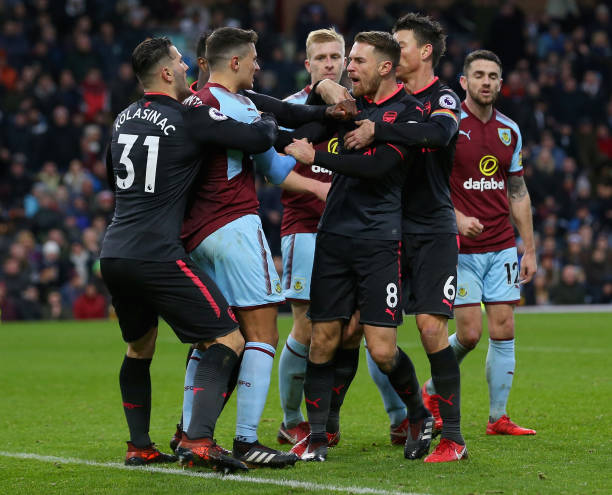 What was the difference between that and City’s performance against Huddersfield? The Sky Blues didn’t have the first half entirely their own way, much like Arsenal did on Saturday. They also completely dominated the second half and came away with a win.

Evidently, City are the champions-elect, so wins like that feed the idea that they have the stuff of champions. Arsenal, meanwhile, are constantly underachieving and on the precipice of disaster.

Every result somehow alludes to this idea; losses means we’re in crisis, wins are just papering over cracks. The media doesn’t have to lavish Arsenal with praise, but it’d be nice if they were held to the same standard as everyone is.

To me, it seems Arsenal have have their own, often unreasonable, rules applied to them. Sometimes, the Gunners just win. There doesn’t always have to be a grander meaning to it than that.