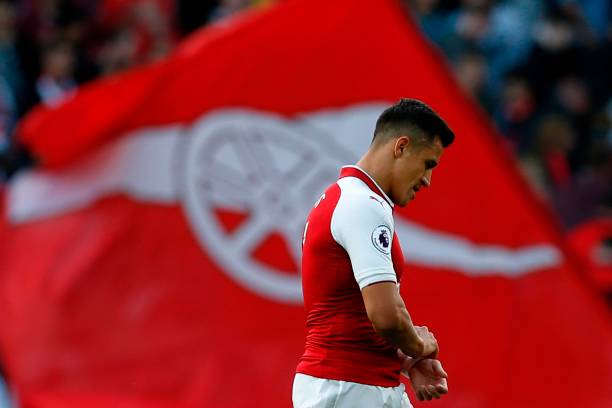 When Alexis Sanchez was subbed on in the 75th minute of Arsenal’s 3-0 win against Bournemouth, he was met with a mixed reception.

While there were some cheers, as well as a rather unenthusiastic round of ‘Alexis Sanchez, baby’, there are a considerable number of boos that rang out around the Emirates when Alexis walked into the pitch.

Of course, Arsene Wenger claims to not know why that happened but explained that the Chilean must perform if he wants to get the fans back on side.

“We have to accept those responses from people,” the manager said post-match reports Arsenal.com. “I don’t know why [there were jeers]. The best way to get people on your side is to perform.”
He also insisted, “I don’t know (if Alexis seemed sad at full-time). I had a chat with him after the game and he didn’t look unhappy. Maybe it’s because he wanted to score. The interpretation of the attitudes is always very dangerous.”

Obviously, Wenger and Alexis know exactly why his own fans were booing him.

The 28-year-old spent the entire summer flirting with a rival and even reportedly told those close to him that he was signing for City.

While Arsenal were said to have accepted City’s £60m off on Deadline Day, they needed to replace the forward. For that, they returned to Monaco to sign 21-year-old Thomas Lemar who they had been linked with throughout the summer but, despite the Ligue 1 side allegedly accepting the Gunners’ £92m offer for the winger, the move didn’t go through.

As it stands, everyone knows that Alexis doesn’t want to be at Arsenal and the player knows that we know.

If Alex Oxlade-Chamberlain hadn’t gone to Liverpool, I expect he would have been given even harsher treatment by the home fans.