Arsene Wenger insists that Shkodran Mustafi did not ask to leave the club during the summer.

The German centre back was the subject of interest from Inter Milan during the summer transfer window and came close to joining them on loan.

It was a strange situation, as few expected that the club would be willing to let Mustafi leave after just a single season at the club.

The BBC’s David Ornstein reported that Mustafi had asked Arsenal if he could leave, and that Arsenal, who were disappointed with his first season, were happy to let him go.

However, Arsenal Wenger has claimed that Mustafi didn’t ask to leave the club.

“He wanted to stay,” Wenger told The Evening Standard after the 3-0 win over Bournemouth yesterday.

“Look at him today.”

This seems to be the public stance that the club are taking, as Ivan Gazidis also said the same thing during a recent fans forum.

Whatever the truth of the situation, Mustafi had a decent game against Bournemouth and certainly didn’t look like someone who didn’t want to be there. 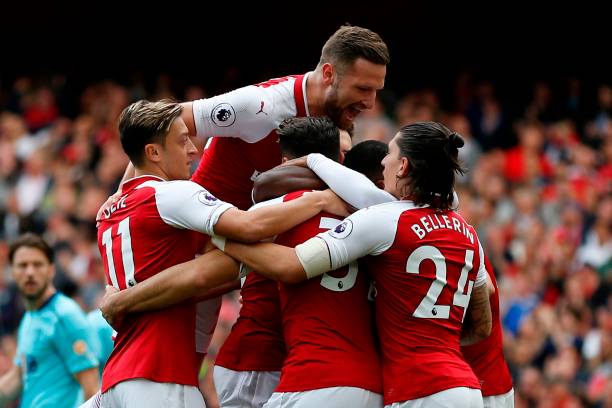 Despite reports that he’s not rated very highly at the club, it looks like he will be a regular in the defence again alongside Laurent Koscielny and Nacho Monreal – and Arsenal are better for it.