Arsenal have taken a number of youngsters to Belarus for tonight’s European encounter with BATE Borisov, with Arsene Wenger rotating the side ahead of a fixture pile-up.

We’re going to take a look at the Standard‘s list of players who could be in line to make an appearance for Arsenal this evening.

At this point it’s hard to say if Maitland-Niles even counts as a youth player anymore. He’s appeared in the Europa League, the Premier League, the League Cup and was named in the squad for the Community Shield. That’s just this season.

Now 20 years old and with 13 senior appearances for the Gunners under his belt, Maitland-Niles has been at Arsenal since he was six, and is a versatile addition to the squad having played all over the defence and midfield for the senior side.

Still just 17 years old, Nelson is widely considered one of Arsenal’s most promising emerging talents. Reiss has scored six goals in five games for the u23s this season, and has also appeared three times for the first team.

Although he had to play wing-back in starts against Benfica in pre-season and Doncaster Rovers in the League Cup, I believe Nelson is much more effective as one of the wide-forwards in a front three.

Arsenal haven’t managed to find room to give him a start in that position just yet, but you can see his talent and confidence almost every time he steps onto the pitch.

Eddie Nketiah is unlucky not to have already made an appearance for the senior teams, because he was arguably one of the best players for the youth sides last season I felt.

After 24 goals and five assists in 33 games, Eddie was called up to the first team for the pre-season tour. He hit the post twice in Australia, and hasn’t been given many opportunities since then, but he has scored three and assisted one for the u23s this campaign.

Wenger even singled Eddie out in his programme notes ahead of the Carabao Cup clash with Doncaster Rovers, saying: “I like the quality of Eddie’s movement, the quality of the areas he gets into, his strength, his determination to finish things off and his work rate as well.”

Willock is another who was given opportunities to impress in pre-season, although in Joe’s case these continued right up until the end, with appearances in the Emirates Cup and a squad spot for the Community Shield. 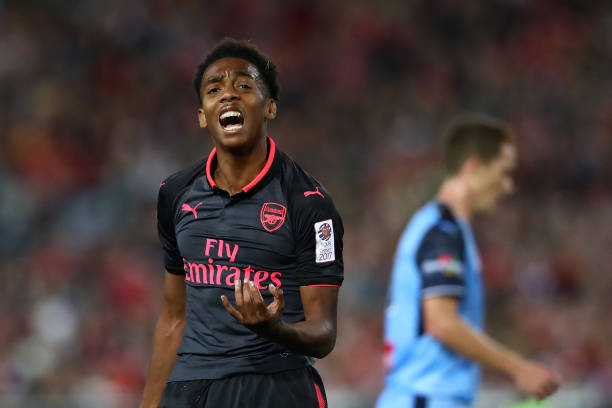 After watching his brother Chris depart for Benfica, Joe is now the last of the Willock brothers still with the Gunners, and came on as a late substitute against Doncaster for his senior competitive debut last week.

Akpom is well known among the Arsenal fanbase, as he broke through initially in 2013 making his Premier League debut in September of that year.

However, in the four years since then, Chuba has only managed seven goals in 78 senior appearances for six different clubs, so he’s running out of chances to prove himself with the Gunners.

In my opinion, Macey is probably the least likely to play on Thursday, given goalkeepers don’t often make substitute appearances.

However, he’s now clearly the third-choice goalkeeper for the Gunners after Wojciech Szczesny left permanently for Juventus and Emi Martinez went out on loan.

Josh Dasilva was also involved against Doncaster Rovers, making his debut at centre-back in the second half. However, Dasilva actually began his youth career with the Gunners up front, and more recently has been playing a wing-back.

So, although he did well in central defence, I wouldn’t expect to see him there again on Thursday unless he’s the only option.

McGuane is one of the players making the trip to Belarus who hasn’t yet played any part for the first team, even on the bench. Mostly appearing for the u18s last season, Marcus has now made the step up to the u23s, and scored two goals for the side on Monday.

However, goalscoring isn’t his usual game, as the 18-year-old mostly plays as a defensive midfielder for the youth sides.

Another with no first-team experience, Dragomir has represented Romania at u21 level, and plays mostly in a more attacking midfield role. Joining Arsenal for £100,000 in 2015, Dragomir might get his first chance to prove his worth for the senior side.

Finally, Gilmour made his first u23 start on Monday, so it’s a bit of a surprise to see him rise up so quickly to travelling to Belarus with the first team. 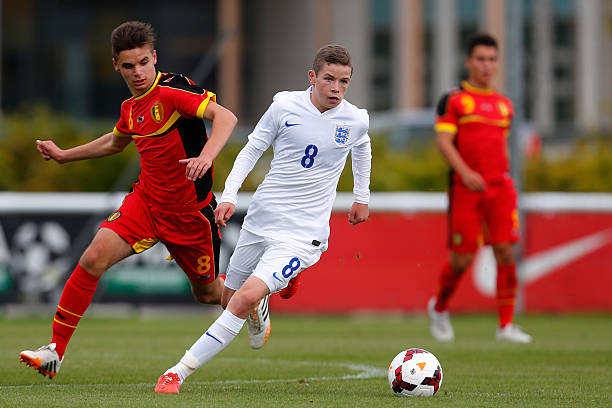 However, Gilmour has been with the Gunners since he was six years old, like Maitland-Niles, so this is just the next step in his long rise to the first team. Charlie said in the Standard that he models his play on Santi Cazorla.