Now before anyone gets too angry about this, I feel it’s interesting to delve into what possibilities could happen as a result of this decision.

It’s important for me to stress that I don’t think Özil deserves anywhere near the amount of criticism he gets for Arsenal losses. The playmaker being pounded by pundits and the media for Arsenal conceding goals is rather laughable and has illustrated just how much of a scapegoat he is for the team.

Özil is certainly no slouch when it comes to distance run on the pitch, in his last game against Bournemouth he made 70 sprints and is often the player that travels the greatest distance in a game. However, after watching Arsenal’s brilliant defensive performance against Chelsea without Özil’s involvement, it raises the question as to whether we should play games against the big teams without him.

As I stated earlier, Özil does his fair share of running, but he isn’t in the team for his defensive contributions. I don’t think it’s unfair to say the likes of Welbeck and Iwobi offer more defensively than he does. It was clear the difference Iwobi and Welbeck had on our defence against Chelsea.

When the likes of Fabregas got onto the ball, either of those players were running back to apply pressure, which helped restrict the Spanish playmaker from making too many key passes. Furthermore, they would drop back in line with Xhaka and Ramsey which prevented our centre midfielders from getting isolated as they did against Liverpool.

This also aided our wing-backs as Iwobi would often assist Bellerin while Welbeck helped Kolašinac. This, plus Lacazette tracking back to catch Chelsea players from behind helped prevent Chelsea from making any clear-cut chances, bar the Pedro chance. 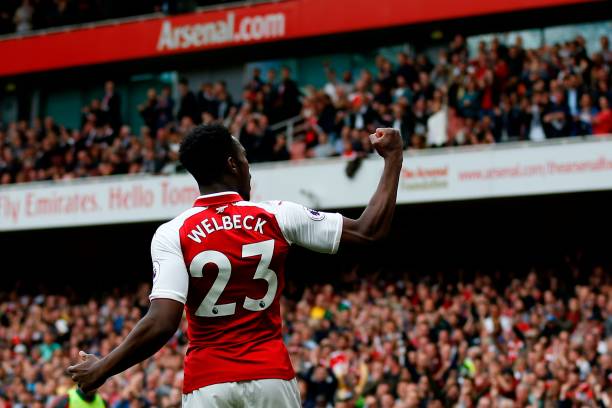 Another reason to possibly exclude Özil from games like these could come down to the tactics Arsenal use. Arsenal didn’t play Chelsea like they usually do, in that they didn’t try and play the Arsenal way, which involves slick passes and high amount of possession. You could tell Arsenal had prepared for this game as they changed their tactics to a more defensive one because they realised trying to play the Arsenal way would most likely end in defeat.

A player that is brilliant at playing the Arsenal way is Özil, so when our tactics are one of a more defensive nature, it could make sense to exclude him. Özil needs runners to play his best and if he’s playing in a more defensive structured team, he may find himself without any options to pass to.

However, Arsenal do lack in certain areas when Özil isn’t playing. When Arsenal are in possession of the ball, it’s clear to see the difference of a team with Özil and a team without him.  Our passing is always better with the German in. His quality in passing is obvious, with many taking for granted some of passes he does throughout a game. There’s always a chance he could make that key pass that opens up the oppositions defence and create a goal for us. 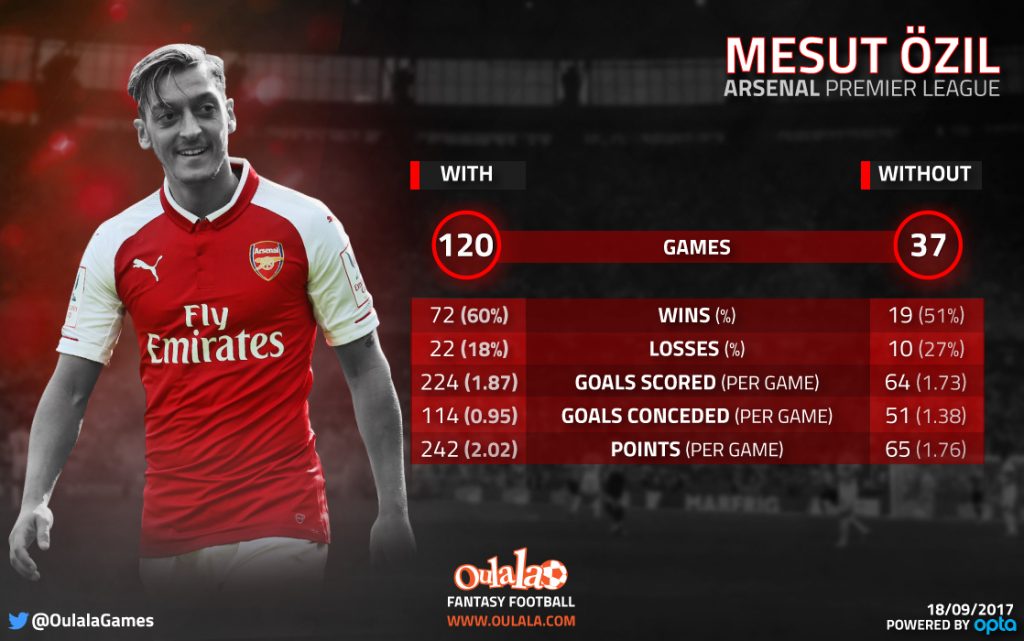 Not to mention Özil is always available for a pass from others, whether he’s making a sprint from one side of the pitch to the other for a long Xhaka chipped ball or offering Ramsey and our wing-backs a way out by being available for an easy pass, even if that puts him in a tight spot. It’s so important to have a player like Özil, especially when Arsenal are under constant threat from the opposition, meaning they have to defend for long periods of time.

At times today, like in the first 15 minutes, Arsenal were under a lot of pressure from Chelsea, in part to when we managed to get the ball back, our passing wasn’t always accurate enough to keep possession thus inviting Chelsea to put more pressure on our defence. With Özil in the team, he has that calmness and accuracy with the ball to pick out a player and thus move the ball up the pitch away from our goal.

It will be interesting to see what happens next time Arsenal play a big team. Özil will probably be fit and I would expect him to go back into the starting 11. It’s tough to exclude him because of the quality he adds to Arsenal going forward. Our team defensively were great today, but it is important to remember that we didn’t score either. I wonder how the game would have played out if Özil had started.