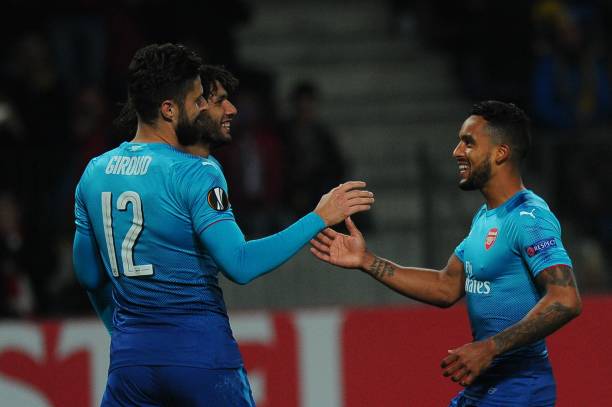 Arsenal beat BATE Borisov 4-2 in the Europa League on Thursday night but while some players were brilliant, others let the team down by making basic mistakes.

Well that was far more exciting than I thought it was going to be.

Theo Walcott managed to score a brace despite actually not playing well at all while Jack Wilshere was fantastic.

Defensively, Arsenal were a shambles but what else is new?

The Young Guns got a run out and, for the most part, impressed.

Here’s how they all did individually.

The Colombian provided another roller coaster of emotion.

The goalkeeper jumped too early for BATE’s first goal and should have done better for their second.

He made five saves in total. One was really good but BATE were offside so it wouldn’t have counted anyway. Classic Dave.

Although BATE continued to attack down his side since they could see he was probably going to be the weak link, he showed improvement from previous games and managed to score. You can see what it meant to him from his celebration.

He even had the chance to score more.

Hopefully it does his confidence the world of good.

Similar to his appearance against Doncaster in the League Cup, the centre-back looked a bit lethargic. Almost as if he knows he’s retiring from playing at the end of the season so can’t really be bothered.

Disappointing considering he’s the one always banging on about teaching the young players how they should behave.

The German has seemingly forgotten how to defend. Before BATE actually scored their first goal, he let the ball bounce right past him to allow them their first real chance in the 20th minute. Nice job, pal.