Corbyn is a big Arsenal supporter and has multiple reasons to be upset at My Outdoor TV, the new hunting channel that launched in the UK last weekend. 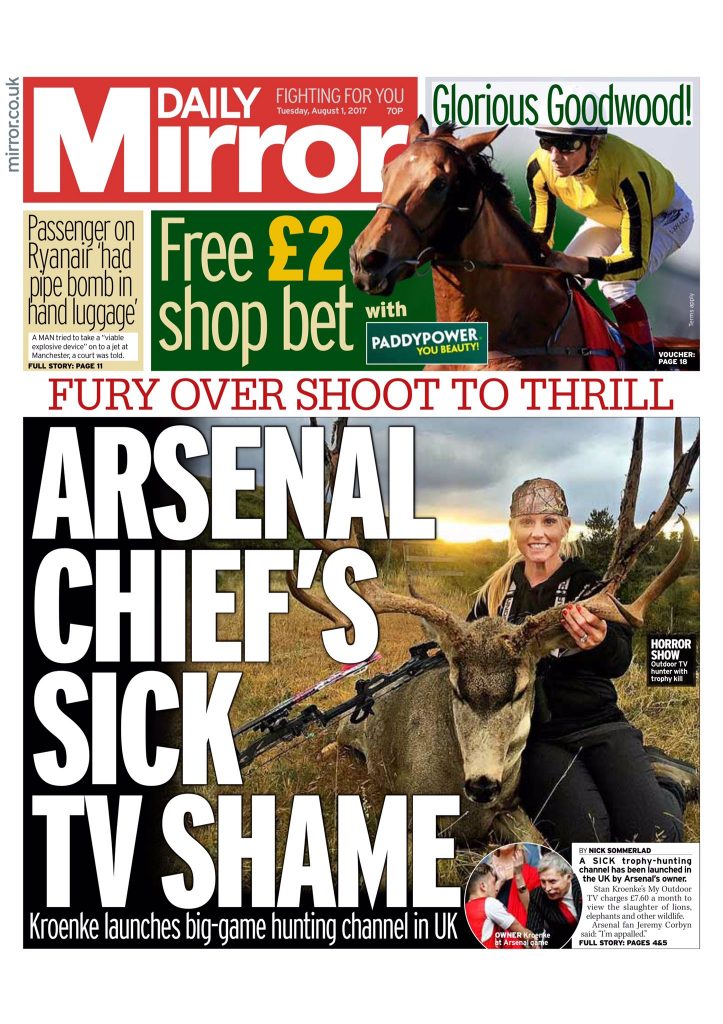 The channel shows programmes about hunting wild animals for sport and has been received with widespread disgust and criticism. It’s owned by Outdoor Sportsman Group, which is a part of Kroenke Sports and Entertainment.

Corbyn has joined the chorus of criticism and has expressed his own disgust at the channel. “I’m appalled at the glorification of killing wild and rare animals on this TV channel,” he said, as reported by Peeblesshire News.

“As an Arsenal fan I’m disgusted that Stan Kroenke is involved in such a brutal, unethical and unnecessary activity. This is not sport. Kroenke should stick to football if he wants to be involved in sport.

“In my mind ‘blood sport’ is a contradiction and there should be no place on television or anywhere else for it.” The channel does nothing for Kroenke’s reputation amongst the Arsenal supporters.

Fans already dislike him for his lack of investment in the club and perceive him as a greedy leech that’s holding the club back. They now have an extra stick to beat him with.

Unfortunately, Arsenal have no say in what KSE gets up to, and should be keen to distance themselves from the channel as much as possible.

“Nothing I’ve ever seen before”: Mat Ryan on Arsenal training