Alexis, Alves and Neymar played a solitary season together at Barcelona during the 2013/14 season, and it now seems that the Brazilians want a reunion. That’s according to El Mecurio via Sport360, who claim that both Alves and Neymar have asked Alexis to ditch Arsenal and join them at PSG. 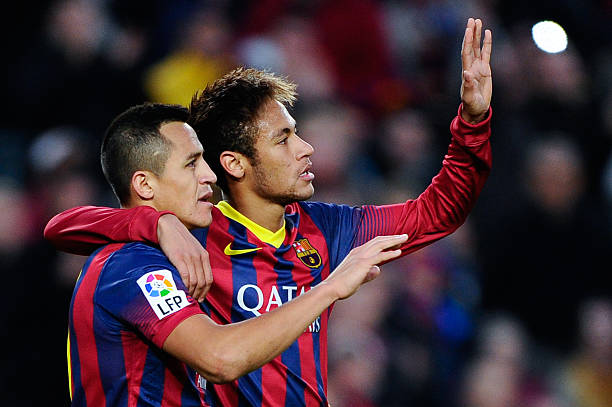 The Chilean paper believes that Alexis could be tempted to join the Ligue 1 giants over Manchester City now that his ex-teammates are there, not to mention Arsenal’s stance on not selling to a domestic rival but being more open to a deal with a club abroad.

Paris Saint-Germain beat Manchester City to the signing of Dani Alves earlier this summer, while the £198m signing of Neymar was confirmed last week. Everything we know about Financial Fair Play suggests they surely can’t sign Alexis Sanchez as well, but PSG don’t seem to care at all about it.

Finances aside, Arsene Wenger has been adamant about not selling Alexis this summer and has made his position clear to the player himself. Unfortunately, that hasn’t done anything to quell the speculation around Alexis, and we now eagerly await the end of the window so that it can all be over one way or another.