Arsene Wenger is reportedly interested in signing Yann Karamoh from SM Caen so let’s take a look at who is he and what he could bring to the club.

According to reports coming from France, Arsene Wenger is taking a close look at another talented French youngster and will try to get the player this summer.

The 18-year-old forward, Yann Karamoh, is the hottest prospect at SM Caen and the youngster already features regularly in the first team squad. Last season he made a total of 35 appearances and got his name on the score sheet five times while also making four assists in the process.

Coming up, Karamoh’s style, strengths, weaknesses, how he’d fit at Arsenal, and his skills, assists and goals. 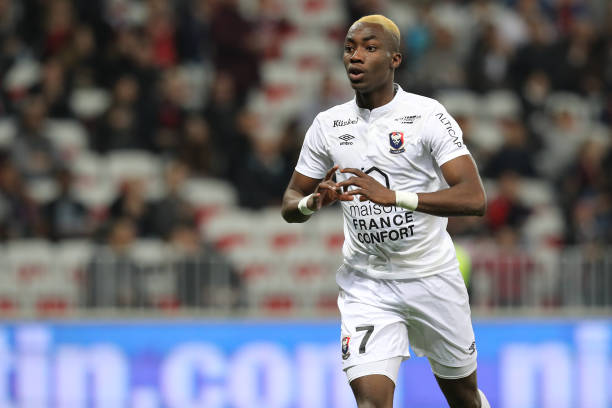 The player a natural right-winger but is also adapted to play as a striker, second striker, and, if it’s really necessary, left wing. Adaptability and versatility that will surely appeal to Wenger.

Karamoh likes to dribble and cut inside when attacking while playing short passes as he does. He makes 1.5 dribbles per match and has a success rate of 40.65% when taking on an opponent.

On average, he shoots 1.71 times per-game and scores more than he assists. With 0.71 created chances and 0.6 key passes per-game, he isn’t the most creative player but he does try to look up for his teammates when in the final third.